“The Nobel Prize of Architecture” – Interview with Martha Thorne, Executive Director of the Pritzker Architecture Prize 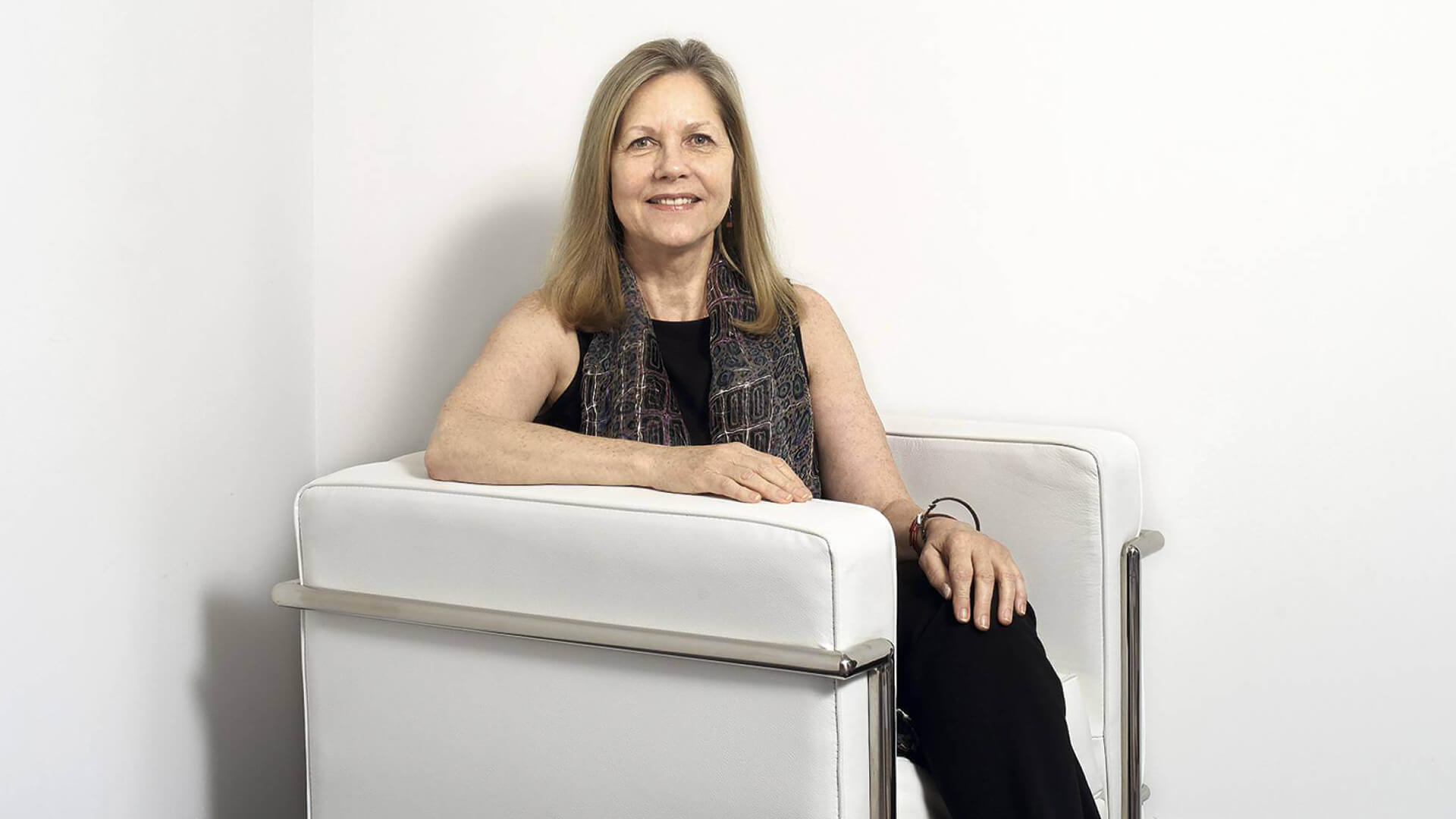 DesignWanted had the pleasure to interview the Executive Director of the Pritzker Prize award: get ready to read through the words of Martha Thorne.

Martha Thorne is an executive director of the Pritzker Architecture Prize and Dean of IE School of Architecture and Design. Although, Martha has delved into many other career fields before reaching this point.

“In my own career, which has been quite long, I worked on my own, worked for magazines, worked for museums, joined a consultancy for selection of architects, helped institutions, then joined the Pritzker Prize and now academia, and after that maybe something else I hope,” says the archipreneur Martha Thorne in conversation with Fabio Colturri, Head of Content at DesignWanted.

Martha begins with a brief introduction about herself:

“I was born in the United States and I’d like to say that I got into the field of architecture through the “side door” and not the back door, and I trained in urban studies and city planning, my academic degrees are related to cities, including additional studies at the London School of Economics for town and country planning.

After graduate school, I moved to Spain where at that time the field of understanding and working in city planning was dominated by professionals from architecture or from engineering and I just felt closer to those in architecture who later became my friends and colleagues.”

How did you become the Executive Director of the Pritzker Architecture Prize?

“My first job was in a printed publication and I became more and more interested in architecture and especially communicating architecture. So, my professional role was in Spain, majorly publications and then writing exhibitions. Through the exhibition, I saw the importance and power to reach out to the public in terms of understanding the built environment, the process of design, etc.

As a result, I was offered a job at the Art Institute of Chicago, so I moved to the States and worked for the museum for 10 years and that is when I met Mr. and Ms. Pritzker, people related to the Pritzker Architecture Prize and when my predecessor Bill Lacy decided to step down, I was interviewed for that job and therefore I became involved with the Pritzker prize, in the summer of 2005.

When I decided to return to Europe, I thought of trying another frontier.

The role of the Pritzker is very delicate: I knew that when I was in Spain, I could not work for an architect or promote certain architects and also do the Pritzker Architecture Prize with the neutrality and the open mind required.”

How do you manage your two different roles simultaneously, as dean of IE School of Architecture and Design and Executive Director of the Pritzker Architecture Prize?

“I heard about IE Business School and how it was taking over and modifying the existing university academically and pedagogically which is characterized because it is international, students and faculty come from all over the world with English courses, but probably the most unique part of the institution is how we teach. In the School of Architecture and Design, there is an entrepreneurial mindset which means that we are always encouraging people to try a different path, to see different opportunities, do not accept the standards of the norm, whether it is the definition of architectural design or professional role, or even way of teaching, or a way of learning.”

“And that works well with your role as Executive Director of the Pritzker Architecture Prize, as there is no conflict of interest between the two roles.” adds Fabio.

“Absolutely, on the one hand, I can see what is going on in the world through the Pritzker – I do not vote, I do not express my opinion to the jury – and on the other hand, academically, there is the whole idea of freedom of searching, of testing, of experimenting: the two things go together really well.”

Focusing on the Pritzker Architecture Prize, what is one thing someone who has never heard of it should know?

“The slogan for the Pritzker Prize that we popularly use since the beginning is the ‘Nobel prize for architecture’, and the strengths of the prize would be that the nominations are open, so any architect from anywhere in the world could participate.

I also rely on a lot of professionals, media, and press like yourself, for suggestions, Martha says pointing out at Fabio. It is independent, it does not reflect any company or organization. So the jury makes their decision as independent people. And the Pritzkers family, she adds,

They do not ask me who is nominated, they never ask me what happened to the jury deliberations meeting, they are enormously respectful of the jury and their role. It is international, and the goal is through the built work to honor the art of architecture and consistent service to humanity, and the jury interprets that each year is a little different.”

“It changes over time also, it is part of a field that evolves with ourselves” exclaims Fabio.

“I hope so. The jury changes slightly, as they have a 3-year tender, therefore how they interpret the goal of the Pritzker, depends on their personal point of view, but everyone lives in a context, a country, a city, a professional, and they bring different things to the table and I think that architectural design is feeling a lot of pressure from the outside and clearly the jury is sensitive to these changes.”

What are the criteria used to assess the winners of the prize?

“I wish I had a checklist, but there is not. I think that is another unique aspect of the Pritzker Architecture Prize, the jury: they do not have a checklist, they do not vote, they talk. It is fair to say that they talk about big issues facing society in sort of a general conversation, continuing with talking about the role of architecture could or should be, what the power of architecture is today, and whatever issues that the jury thinks are important.”

“That is really interesting, how many jury members are there?” Fabio asks.

“Right now there are seven, and according to our guidelines, they can be between five to nine” Martha responds.

“It sounds like a very spontaneous and philosophical approach to assess the winners as compared to many competitions where you have a fixed list of criteria: this is more natural.” concludes Fabio.

You have a special interest in city planning, urbanism, and how private and public spaces can intertwine with each other: what do you think the future will be like in this regard?

“Considering the unrest we see around the world today, I will talk about the two things you just mentioned here. I think public spaces are even more important in the cities. The idea of belonging, and feeling that as an individual in a fast-moving world that you still pertain to a physical space, and you can impact it, you can change it, you can interact with it. I think part of the great tension around the world is people thinking their voice is not being heard and the cause of that is when you do not control your environment. Meaning, public spaces, now and in the future is even more important. Having a variety of public spaces, where people can interact and feel a sense of belonging in the physical space is one thing that cities have to pay much more attention to.

The other area where I am both pessimistic and optimistic has to do with more congruence between the public and private sectors. We see more and more opinions about what buildings mean in a city. To developers it may mean products to make money, to public sectors it may be monuments, it may be urban services or maybe civic facilities. Architects are asked to do a lot of things, but the most successful architecture is when we think of all of these impacts together. Architecture is not just a product.

Developers have to understand how they change the cities, affect our memories, affect mobility, affect clean air – dirty air, affect integration or separation among people. And in this sense, Martha says “developers have a big role but it has to change and it has to be much more forward-looking, and it needs to be seen as a value of a long-term investment.”

Is there any specific sub-sector within architecture that is particularly on the rise?

The other area has more to do with technologies. When we talk about smart cities, I do see a trend that it is not just technology companies trying to quote smart cities. Certainly, city governments are more sophisticated but again, for architects and designers, there is a huge potential.” Martha says expressing worry.

Fabio continues with his last question: “Getting on a very practical and crucial topic: I am sure you meet a lot of ambitious and talented students ready to put all their energy and efforts into their career, but do not know where to start and what is the right step to take:”

What piece of advice that you can give to ambitious architecture and design students?

“There are a lot of things that come into mind but I would like to share one story when Shigeru Ban was giving a lecture here in IE, a student approached him after his lecture, because she really respected his humanitarian approach and helping people in terms of disaster relief and she wanted to do the same, but how would she do this?”  Martha narrates digging through past memories.

He replied: ‘travel and be the best architect you can. First, you have to travel to understand the world than whether you build buildings or work for any company, the most important thing is to be the best you can.’ So, yes know yourselves and creating an impact on the world will come naturally to you.

From my side I would say, the great advantage of architecture and design education is critical thinking. The process of gathering lots of information and proposing solutions and keep on criticizing them, modifying them and keep going back. This process is used in every action that one takes in trying to achieve goals. It is a great tool to use critical thinking to comprehend what am I trying to do? What are the impacts of this on people? On the environment? Economic impact? I think architects and designers have that special skill to analyze those impacts and that is the difference between responsible professionals who could be great and other people who just do things.”

And how do you respond to the eternal dilemma: working for a firm or starting your own business?

“I would say that architecture and design are lifelong learning experiences, they also provide much more flexibility than traditional 9-5 jobs so I would suggest work out of your comfort zone for a while and then If you want to start your own firm, what is it about? What are the goals? And if that is what would make you happy, what you are passionate about and you think you can contribute the most, GO FOR IT!”

Tune into this engaging TED Talk to know more about what Martha Thorne has to say regarding “a livable city”.