Interview with the team of Scribit, the robot ideated by Carlo Ratti that draws on walls 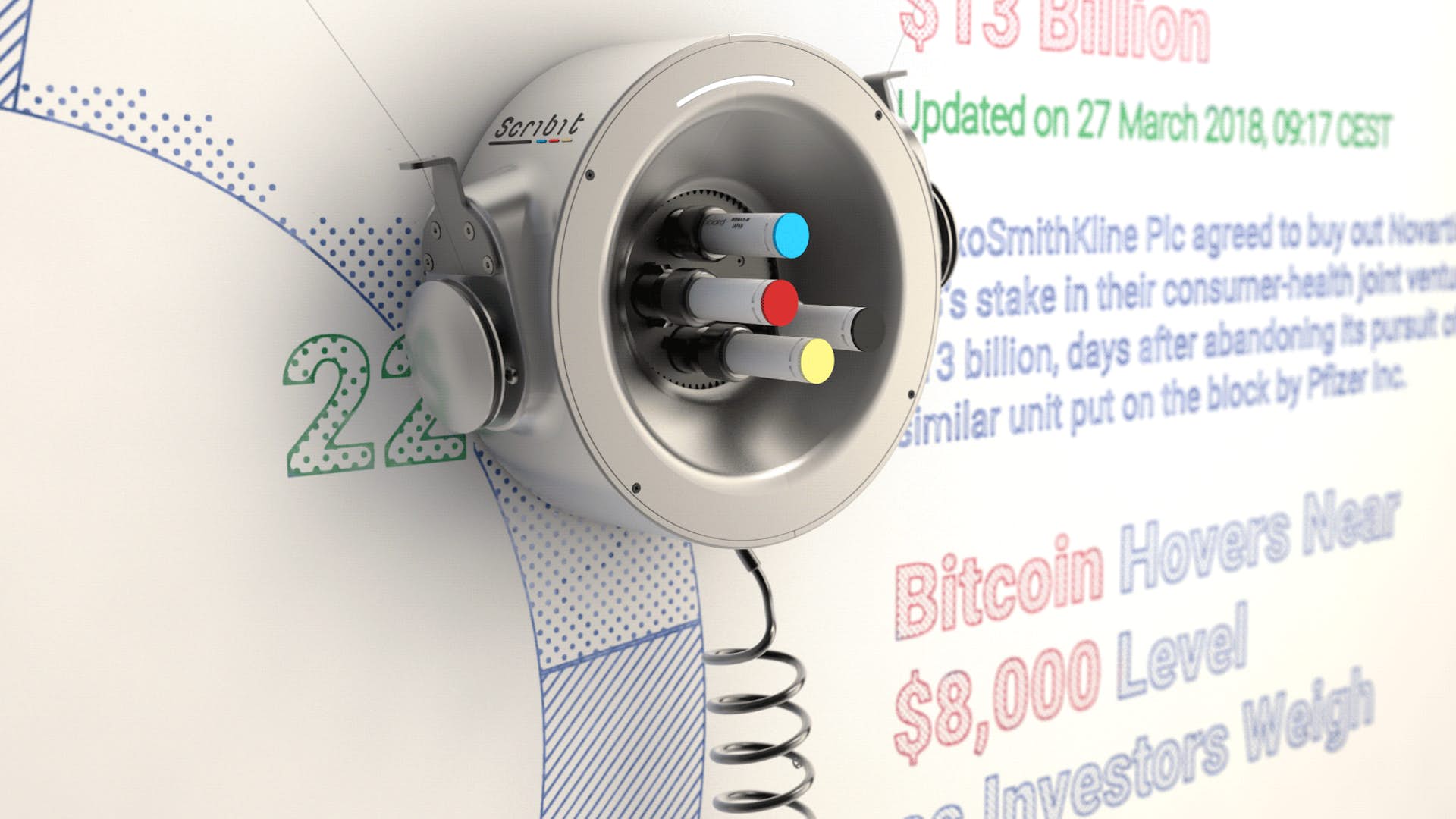 After entering the history of crowdfunding as one of the most successful campaigns of all time, Scribit is now in production phase for the over 7000 pre-orders due. The device is one of a kind, transforming every home wall or shop window into a canvas for temporary drawings executed automatically by the machine through app control.

Bridging the digital-physical gap, Scribit unites art and technology as an image found on the web becomes a piece of wall art in minutes.

The robot hangs on a wall by fixing two nails, writing & erasing on surfaces such as plaster, whiteboards or glass.

DesignWanted had the chance to interview the team of Scribit to learn about the current state of development and their experience with the crowdfunding strategy for the product launch.

After a successful campaign on Kickstarter – one of the 150 most successful ever, followed by another one on Indiegogo, Scribit is now in production phase. We are manufacturing and delivering over 7.000 pre-orders and looking forward to expanding our markets.

Had you expected such success?

We were somehow confident that people would like our idea. The actual success however surpassed time and again what we have initially anticipated! It is an honour to observe now so many people who have been supporting our product from day one.

How did you handle the public response?

We keep learning and we try to be super quick to adjust our formula and correct our process where it is not working well enough. Every little step of the process is being carefully planned and we search for external advice and consultancy where our team does not feel to have all the competence required.

How different was launching Scribit on Kickstarter rather than in the “traditional way”?

The difference is mainly in the fact that you could not have such committed users with the so-called “traditional way”. Instead, at Scribit we work every day to serve a growing community – from the very first backer to the last person who decided to bring home our little robot. Our community is probably our most precious asset!

What feedback did you integrate from your users?

We are very mindful of bottom-up feedback. In fact, the improvements that we have been implementing in the last months are largely based on the suggestions that we receive from our community. The proposals coming from our users are always worth listening to. We would say it is a matter of trust!