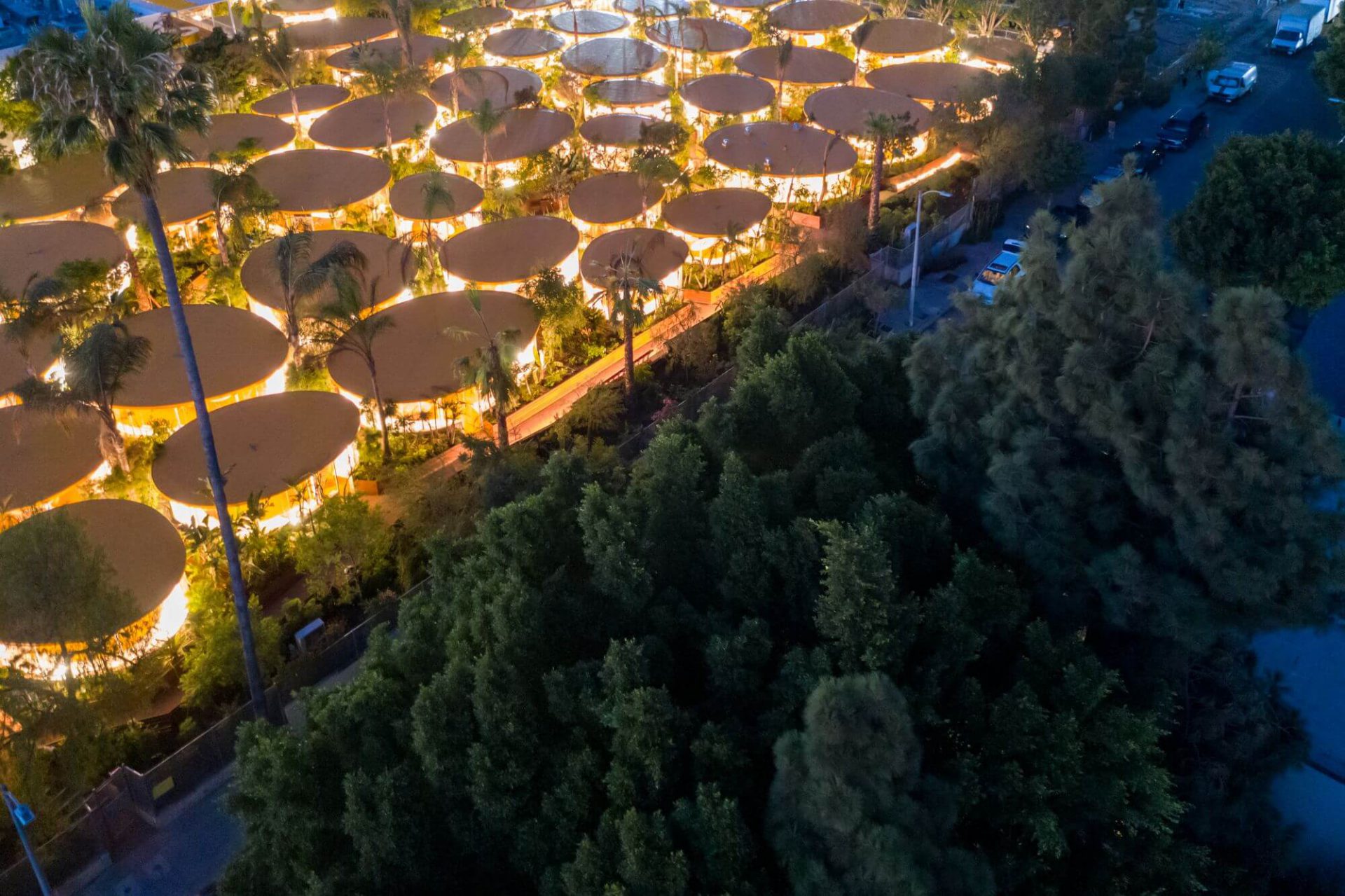 We spend one-third of our time at work: the design of our working environments should be of tremendous importance. Take a look at how Second Home and their most recent hub in Los Angels is changing our idea of what an office space could be.

Why a forest? To work better while greening the urban landscape

The nature-embracing design attitude not only improves workers’ mental health – thus boosting productivity – but also invites native wildlife to return to the urban landscape, aiming to achieve harmony between the wild and urbanistic environments.

Founded by Rohan Silva and Sam Aldenton, Second Home is a coworking space agency that launched its first office space in east London in 2014 and has since then opened 6 other locations in London, UK, and Lisbon, Portugal.

Renowned for its extensive use of natural lighting and greenery, Second Home just opened its first location in Los Angels, USA. Designed by Spanish architecture duo SelgasCano: the Second Home Hollywood took a new approach towards the office space.

Second Home Hollywood represents a fairly simple use of materials and techniques. Due to LA’s famous always sunny weather, indoor corridors were not needed and instead a complex of oval shape offices connected by outdoor paths became a clever solution. Combined with all surrounding glass wall capsules and immense amounts of plants and trees, it creates open yet private working spaces.

Due to the year-round LA warm weather, in contrast to London’s, the design of the office’s and its relation with greenery could take a different approach.

“In Second Home Hollywood, instead of bringing the garden inside the office, we have brought the office out to the garden” the architects explain.

From parking to naturescape

Constructed on a former parking lot in Hollywood, the space entry takes advantage of a pre-existing building from the ’60s designed by American architect Paul Williams and repurposes it for not only extra working spaces but also for communal areas with terraces, bars, cafes, and restaurants. The building also accommodates an event and conference hall.

As company leaders and workers attempt to compete in an ever more demanding market, the workplace environment and design is a factor gaining tremendous relevance.

The approach taken by Second Home is highly effective as it provides a place that creates a sensation of well being during working hours and a desire to return, boosting workflow.

Furthermore, it acts as an urban forest, reducing energy consumption as well as improving local and surrounding air quality. Also due to the firm’s renowned success, it creates an incentive for other offices and cities to start taking similar approaches.

I find the symbiosis between urban and natural environments incredibly appealing and a rising trend in the world’s greatest cities. I idealize a utopic metropolis as a habitat for humans and countless other species and which could not be distinguished apart from a forest as viewed from space.

Second Home Hollywood is perhaps a smaller scale complex of how cities will look in the future, in which each capsule becomes a building and in which plants and trees cover buildings and streets alike. 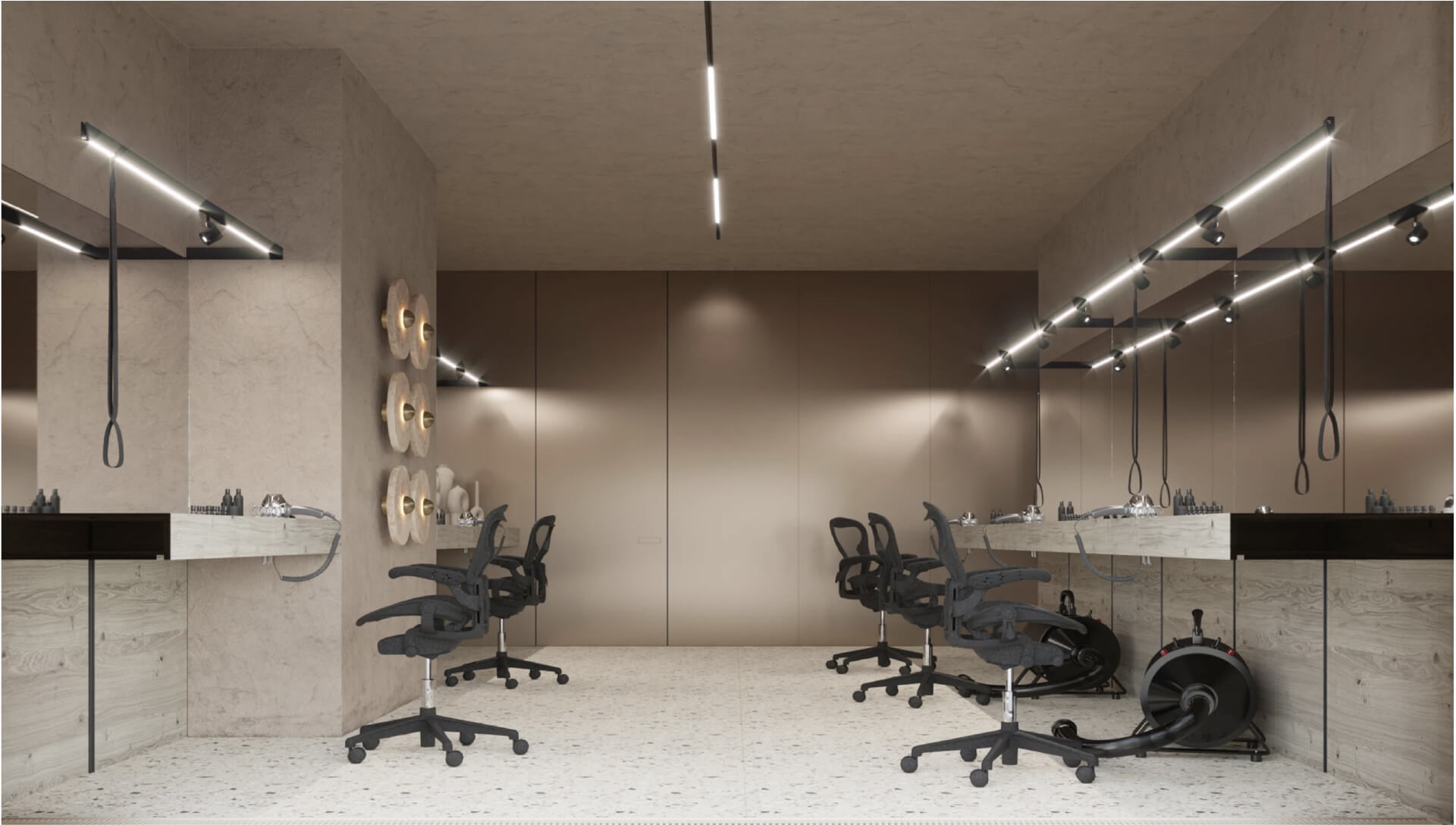 A modern and elegant grooming salon by Yakusha Design

Yakusha Design created a laconic and comfy grooming salon that keeps the socialization between pet owners in mind located in Kyiv, Ukraine. “Time spent with pets […] 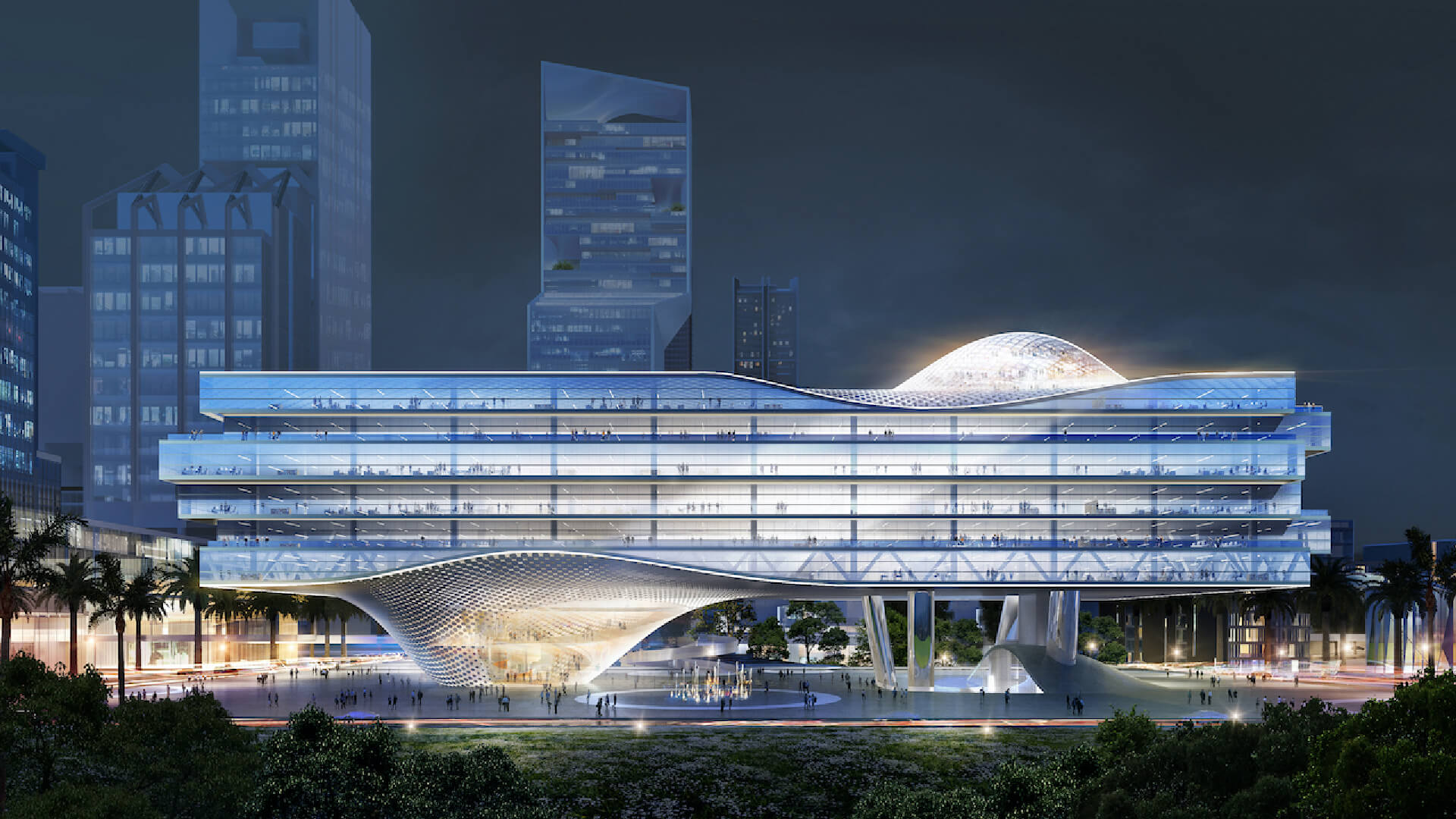 The future of workspace is in China: Büro Ole Scheeren announces the Shenzhen Wave

A transformational headquarters for ZTE, Shenzhen Wave reimagines the urban workplace as an interactive and integrated spatial ecosystem of the future hovering above ground level. Shenzhen, […]