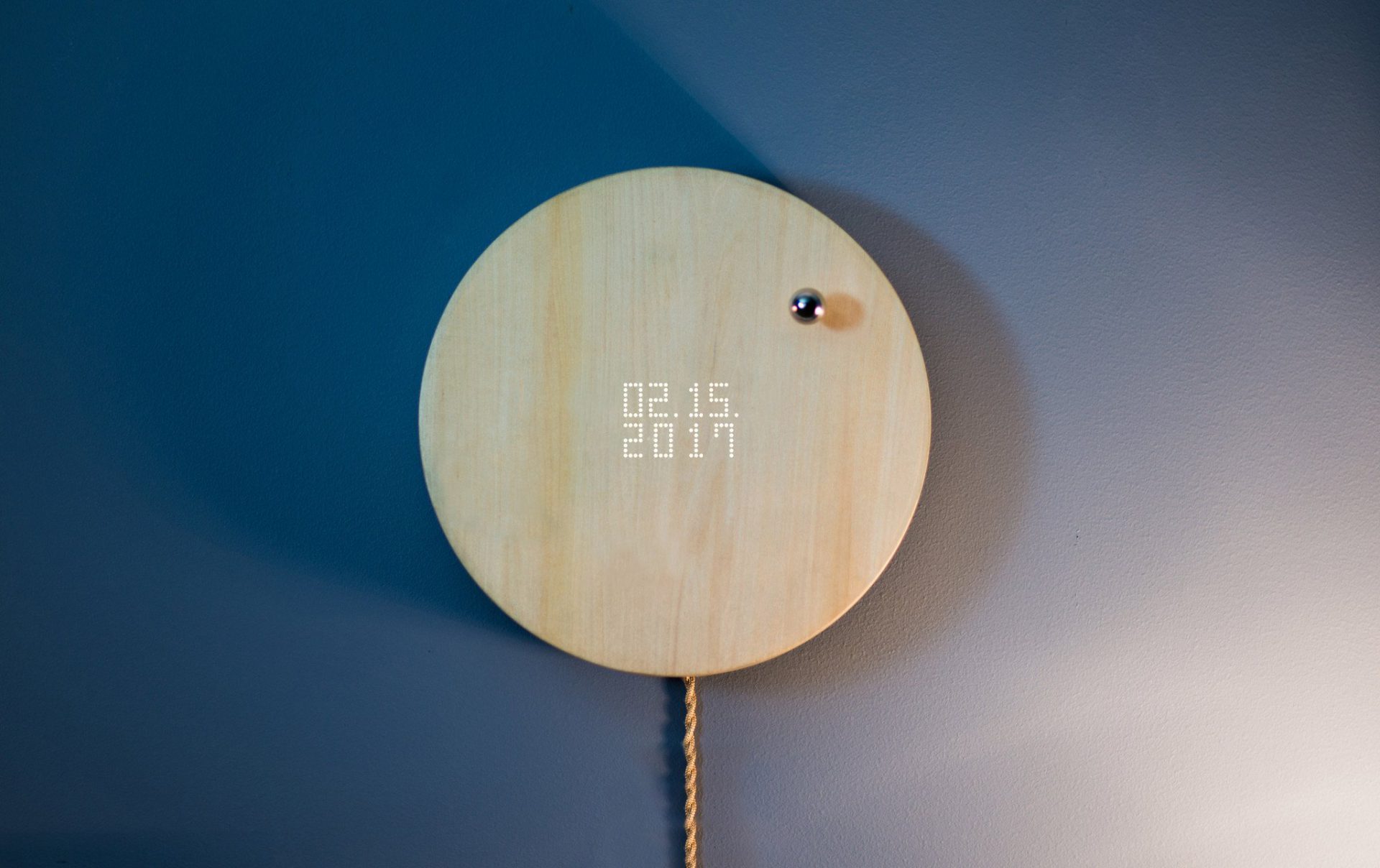 Swedish design company, FLYTE has unveiled a new clock that uses a levitated chrome sphere to indicate the time.

By parting ways with the traditional hours, minutes and seconds arms and using just a single sphere to show time, STORY clock is a piece of design that breaks out of the traditional clock design norms.

As they specialize in products that employ some type of levitating technology, FLYTE brings that technology to the world of clock design.

STORY Clock is a New Way to Tell Time

Despite its minimalist design, STORY clock has more than meets the eye, with three different modes that allow the clock to fulfill different functions.

The three modes that STORY can be used in are the clock mode, the journey mode, and the timer mode.

The clock mode is the traditional clock function.

The 12-hour clock uses a levitated sphere that orbits the clock’s face to show the hours.

A dedicated app that can be installed on smartphones to pair with the clock can be used to turn an LED display on the clock’s face on and off. This display can be used for showing the exact time whenever users feel like it, which allows STORY to maintain its minimalist look without compromising function.

Journey mode is simply a countdown timer that can be used for a special event countdown.

STORY’s journey mode can do a countdown in days, months or even years.

The third and last mode is the timer mode, which is – as the name suggests – a timer that is used for tracking short-term activities. The added functionality of the STORY clock doesn’t stop at having three different modes.

Thanks to the LED light at the back of STORY, it can display more information than just time. By syncing with the mobile app, STORY clock can display the phases of the moon, sunrise and sunset and even the current temperate as the LED can light up with different colors.

Having so many useful functions with such a minimalist design is a great example of minimalism and convenient functionality going hand in hand.