teamLab is a Japan-based studio seeking to merge art and technology as well as explore the relationship between humans and nature. 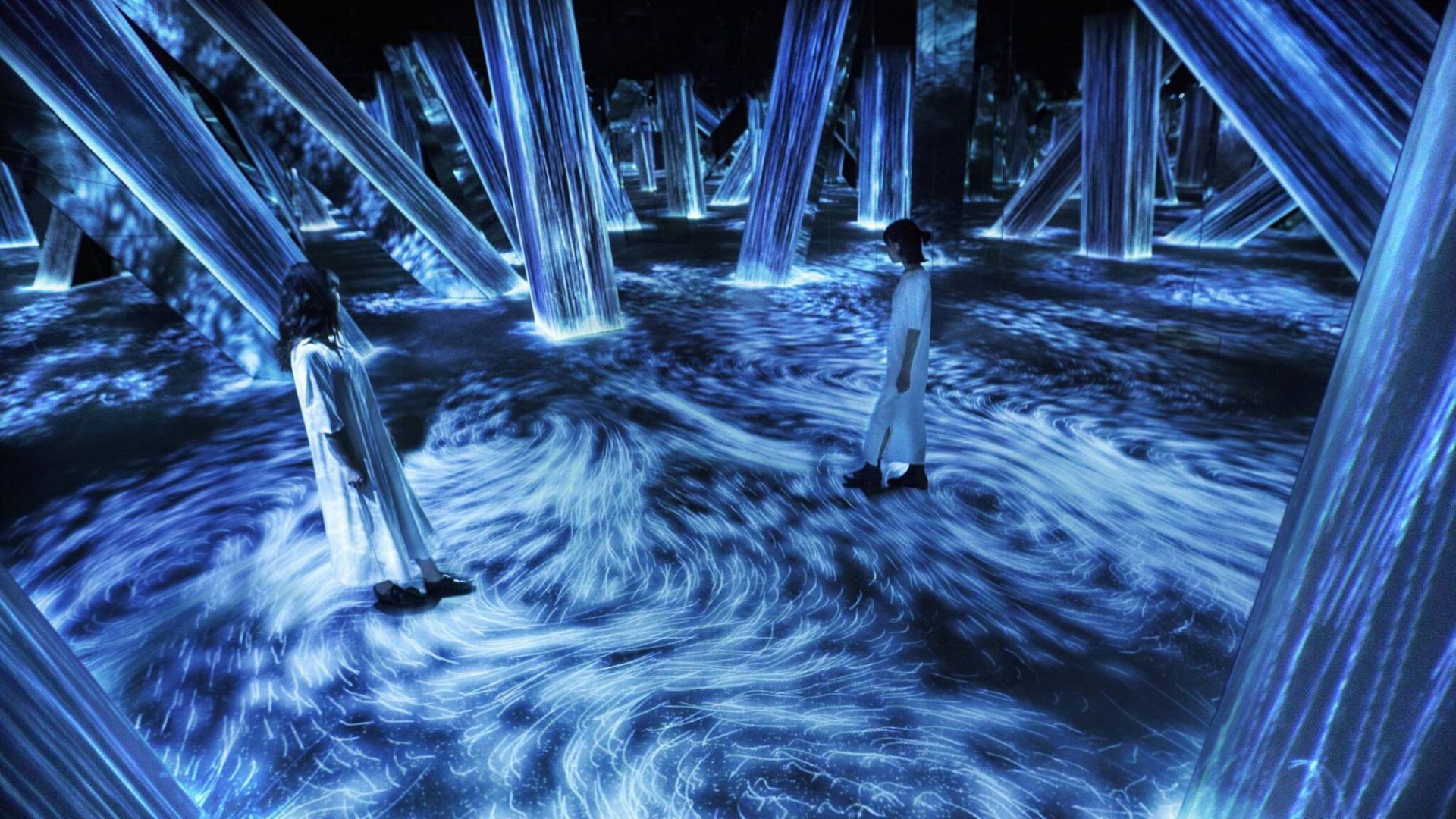 Combining the efforts from various individuals and fields of knowledge, from artists, designers, engineers, programmers, architects, and mathematicians, teamLab explores the relationship between humans and nature.

Self-entitled “ultra technologists”, teamLab doesn’t believe in the separation between humans and nature or between oneself and the world around.

In their own words “one is in the other and the other in one. Everything exists in a long, fragile yet miraculous, borderless continuity of life”.

Inspired by the natural tradition and philosophies of Japan, the company uses digital technologies to transcend the boundaries of art and its physical forms, creating interactive, immersive and dazzling experiences.

Meandering across the installation, hundreds of light orbs flow continuingly and autonomously. Aware of the presence of other orbs and visitors the light changes speed, color, and emission pattern.

The mirrored space presents an awareness of infinity, movement, and light, constructing a deeply mesmerizing space.

2. Resonating Forest in the Ravine

The Resonating Forest in the Ravine is a network of light in which each tree is autonomous illuminated, shining and fading, pulsating and breathing light and nature.

The resonating forest is influenced by the people who cross it, changing color and radially spreading the same tones to neighboring trees, signifying the presence of the forest wanderers.

The Columns is a universe of digital water which shifts as people move through the installation.

These trails of digital water flow through the floor and a multitude of columns that fill the space stands as waterfalls of light.

The accumulation of the light trails turns the installation into a living subjective space with a visual digital record of its participants’ interactions and movements.

Inspired by premodern Japanese paintings of oceans and rivers, where water was depicted as a living entity through a series of expressive lines, Black Waves of Kochi Castle renovates the art and the relationship with nature.

Installed in Kochi Castle, one of the best-preserved castles in Japan, the computer-generated Black Waves was produced by calculating the interaction of hundreds of thousands of particles in three-dimensional space.

teamLab’s work creates a connection with the premodern Japanese way of viewing and interacting with the world as well as removing the illusion of the separation between.

Transcending the boundaries of the display, Flying Beyond Borders presents a contemporary interpretation of the traditional Japanese calligraphy into an abstract and three-dimensional space, expressing the depth and power of a single stroke, turning it into an ethereal expression.

Mono by Vantot for DCW Éditions

Download our DWalking guide (pdf, mobile-friendly) with all the info for visiting. VanTot‘s innovative LED lighting fixtures have an industrial elegance. Mono is a ceiling lamp composed […] 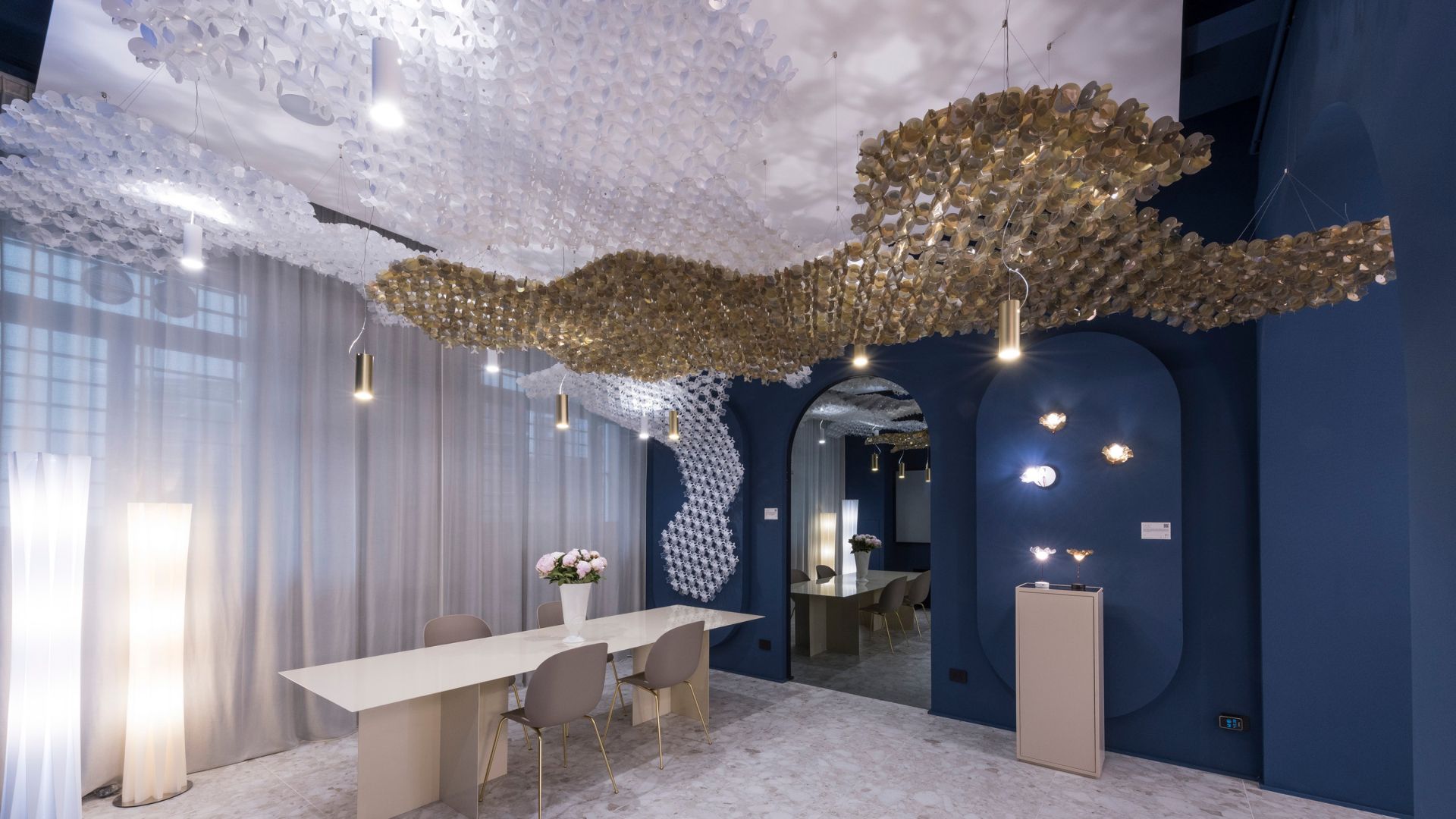 Download our DWalking guide (pdf, mobile-friendly) with all the info for visiting. Slamp invites visitors inside its Milan Duomo flagship, the first Italian showroom where the brand […] 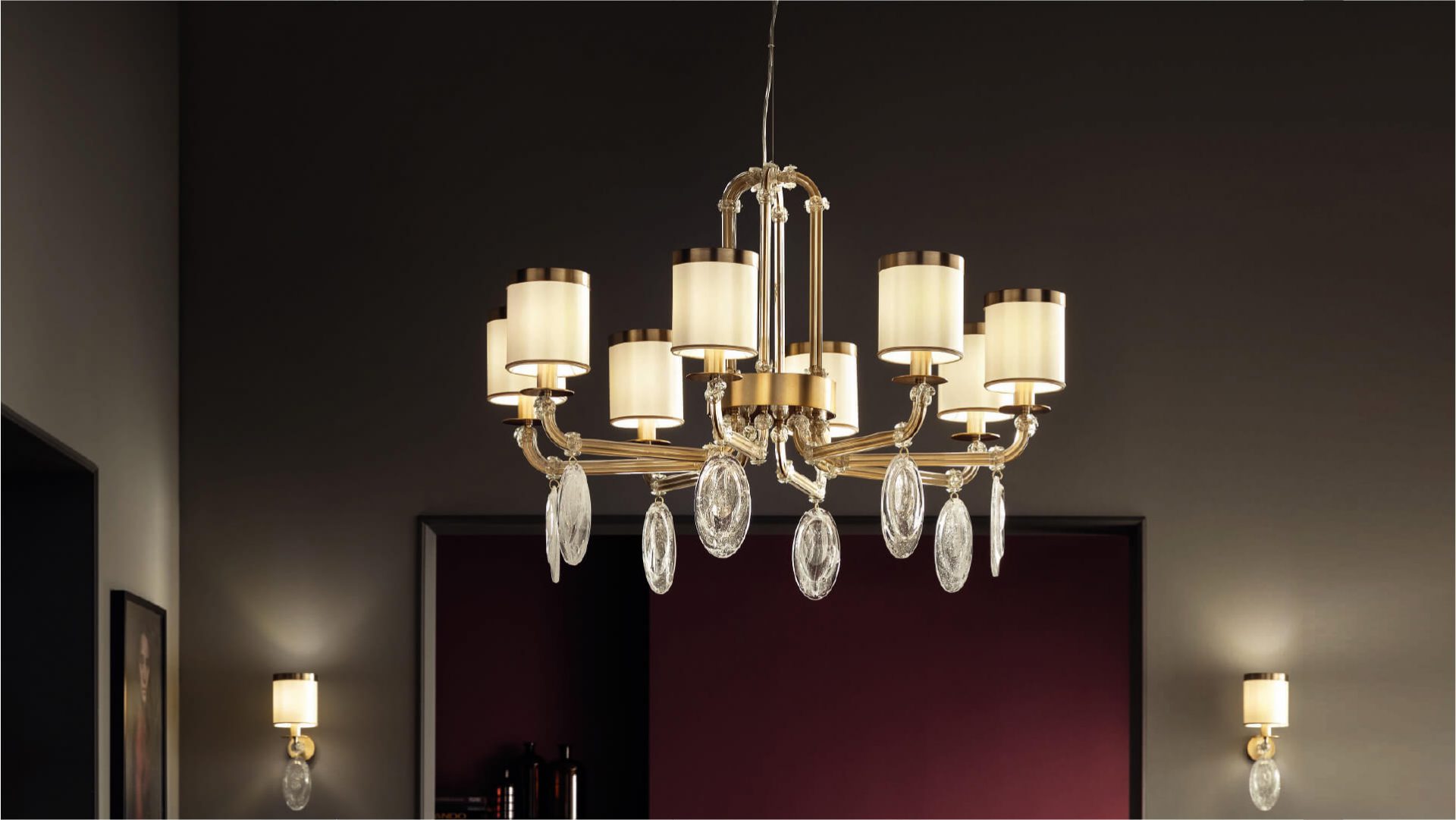 Venetian lighting brand Masiero has created a contemporary chandelier that draws inspiration from ancient designs. Masiero has done it again. Showcasing superior craftsmanship and skill in […]