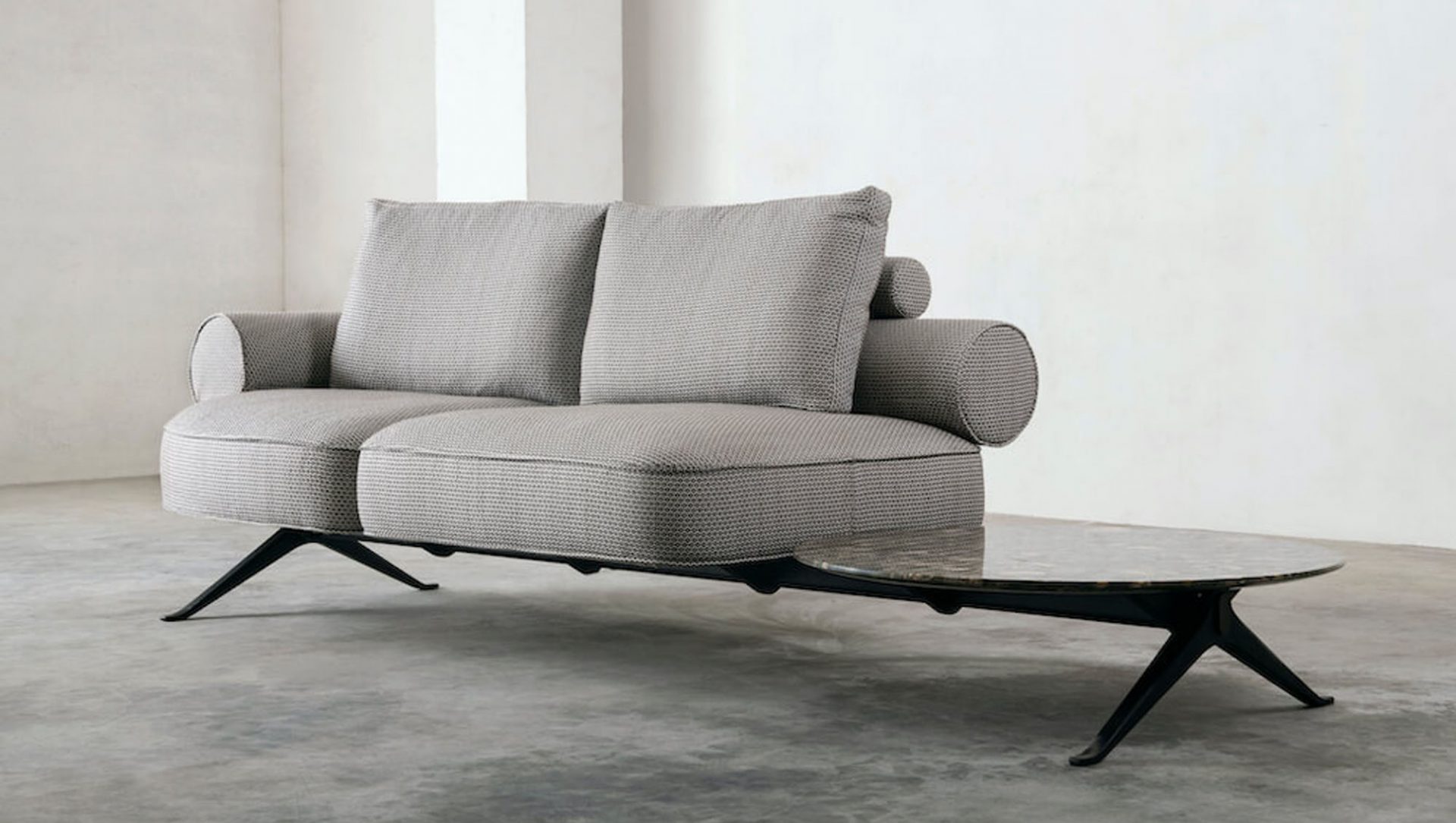 Last month, we caught up with Luca Nichetto to discuss design fairs, his work with French lifestyle brand La Manufacture, and how his career as a designer started off with knocking on people’s doors.

Multidisciplinary designer Luca Nichetto has been busy lately. During Milan’s new take on Fuorisalone earlier this year, he unveiled the first presentation of his latest designs for Wien-based furniture company Wittmann, a window display for Hermès, and a collection of home fragrance holders for Ginori 1735. When we speak to him, he tells us he is also working on a piano for Steinway & Sons too, and that’s not it…

Since 2019, Luca Nichetto, who runs his own design studio in Venice and Stockholm, has also been art director of French lifestyle brand “La Manufacture” where he oversees the entire production, including the fashion side of things. Brought on board by the brand’s founder Robert Acouri to take a look at the brand’s existing collections, he has since transformed it into a prestigious brand with an impressive roster of designers including Sebastian Herkner and Nendo.

At Edit Napoli last month, the brand unveiled its latest collection, which included furniture by designers like Emma Boomkamp, Todd Bracher, Noé Duchaufour-Lawrance and Neri & Hu—of course, Nichetto also had time to add his own signature. During the presentation, we took the opportunity to ask Nichetto what it’s like working for La Manufacture, how his design journey began, and what else we can expect to see in the future…

First of all, how did your journey in design begin?

Luca Nichetto: “I am Venetian and most importantly I’m Muranese and Murano, as you know, is famous for glassmaking. I always had people close to me like my grandpa and my mum, who were involved in glassmaking so, for me, seeing a drawing turning into an object was the norm.

Since I was young I was always good at drawing. I studied at Istituto d’Arte di Venezia, and when I was a teenager my parents pushed me to have a summer job. One of those jobs involved me knocking on the doors of glassmakers and selling them my drawings.

After high school, I had to understand what I wanted to do. I didn’t want to study architecture and I couldn’t see myself in Accademia delle Belle Arti because I didn’t see myself as an artist. When I discovered the Industrial Design Course at IUAV, I thought it was worth enrolling. I was curious, but I didn’t know much about the profession of an industrial designer and I didn’t have the ambition of becoming one.

Luckily, I ended up knocking on Salviati’s door, an important company that specialises in contemporary Murano glass, which has collaborated with great names such as Anish Kapoor, Ron Arad, Thomas Heatherwick and many others.”

“The brand’s Art Director Simon Moor saw some talent in my drawings but told me: “You have no idea what “a brief” is, if you want, come in 2 days per week and I will take the time to teach you”. It was a wonderful experience for me, it gave me practical experience in what I was studying.

After roughly 7 months, Simon gave me a brief and I designed my first vases collection “Mille Bolle” in 1999. I was still studying but I already had a collection in production, which officially started my work as a freelance designer.

Towards the end of university, I worked with Foscarini in the technical office and presented my first lamp. They really appreciated my skills in materials research, which led me to be hired as an external consultant.

The O Space lamp was released in 2003 for Foscarini and had a lot of success in terms of sales and media response, which paved the way for collaborations with Kristalia, Moroso and other brands. Subsequently, I opened my first studio (Nichetto&Partners) in Venice in 2006 and in 2010 I opened my second studio in Sweden.”

Earlier this year, Luca Nichetto designed a candle holder taking part in the charity project “A flame for research” by Mingardo at Milan Design Week 2021

Now, amongst a series of collaborations with big names, you are also the Art Director of the French brand La Manufacture. Tell us about that…

Luca Nichetto:“The action of uniting fashion and design was the idea of founder Robert Acouri—it was always his dream. He had asked me to design a chair but I refused, I did not like the collection, I was not convinced. He appreciated my honesty in telling him that there was no coherence in the collection and a month later he called me asking to curate it.

I asked him to choose the designers to work with, to do a full rebrand choosing an agency I thought would work well, and to acquire internal PRs. Robert trusted me all the way and gave me complete freedom. Observing the French market filled with large fashion Maisons and very small ones, I suggested positioning La Manufacture in the middle where there was less competition and nothing truly innovative, combining the French allure with Italian craftsmanship for both design and fashion.

The idea started with having multiple international designers, enabling La Manufacture to be easily recognizable not because of a single collection made of similar pieces, but via the pieces designed by strong personalities that create an overall vision. La Manufacture is a combination of different personalities, depending on how you combine them, the result is always different.

We not only work with big names but we also get the chance to scout designers who are not known yet but have great talent. The great opportunity of having a physical space in Paris arrived right in the middle of the development of the first collection, which was presented in January 2020: this gave us the opportunity to define a set of languages that help us develop the collections of today.

I am also Art Director for the fashion part of the La Manufacture, a role I hold to ensure there is coherence between the two collections of the brand. I don’t design fashion pieces directly.”

La Manufacture was part of the 2021 edition of EDIT CULT at the EDIT Napoli fair. What did you expect from this edition?

Luca Nichetto:“We did an installation at Teatro San Carlo in Naples where we showcased the entire La Manufacture collection with previews of products developed during the pandemic, we presented both design and fashion pieces showing the entire brand.

It was beautiful to see the reaction of people that are not from the sector and how they positively reacted to La Manufacture. We found great trust from the audience for a new brand that has never been fully unveiled, coming out after such a tough period: this gave us great courage and confidence in showing in Milan next year, at Milan Design Week in 2022.”

“EDIT Napoli is the missing link between buyers, designers, manufacturers, and artisans.”, says founder Emilia Petruccelli in our interview about the fair.

You are no stranger to the EDIT Napoli fair, you participated in it as a judge back in 2020. Do you think events like EDIT Napoli are important in the sector?

Luca Nichetto:“I loved it. I have to say that the idea of giving space to “editorial design” in a wonderful city like Naples, putting the spotlight on an unusual social fabric, and “infiltrating” design within its streets, makes it a very contemporary event: a light format, highly international with great energy, makes it a wonderful event.

It is a commercial fair but with different public and on a small scale. It is not a “Fuorisalone in Naples”, but something radically different. We need more fairs like this. I don’t think that Milan will ever disappear as a design week, but it will be resized from what it was in 2019 because that was a bubble. I think that other fairs like Cologne, Stockholm, Paris will suffer a lot and will shrink in favour of Milan.

Events like Edit Napoli or 3 Days of Design in Copenhagen, which are younger, smarter, leaner and more local but with an international spirit: this is what people are looking for, both the public and those who work in the sector. These events are levelling up because of a better curation, they have understood the new needs and interests.”

Finally, what can we expect next from Luca Nichetto in the near future?

Luca Nichetto:“Next year will be a very interesting year for my studio. I bought a villa in Stockholm where I want to host guests and create collaborative works. This is really crucial to my studio’s philosophy. I will also launch my first book with Phaidon, new products for La Manufacture and a limited edition piano designed for Steinway & Sons. It’s this interdisciplinary approach, which brings us so many interesting collaborations and we want to continue in this direction.” 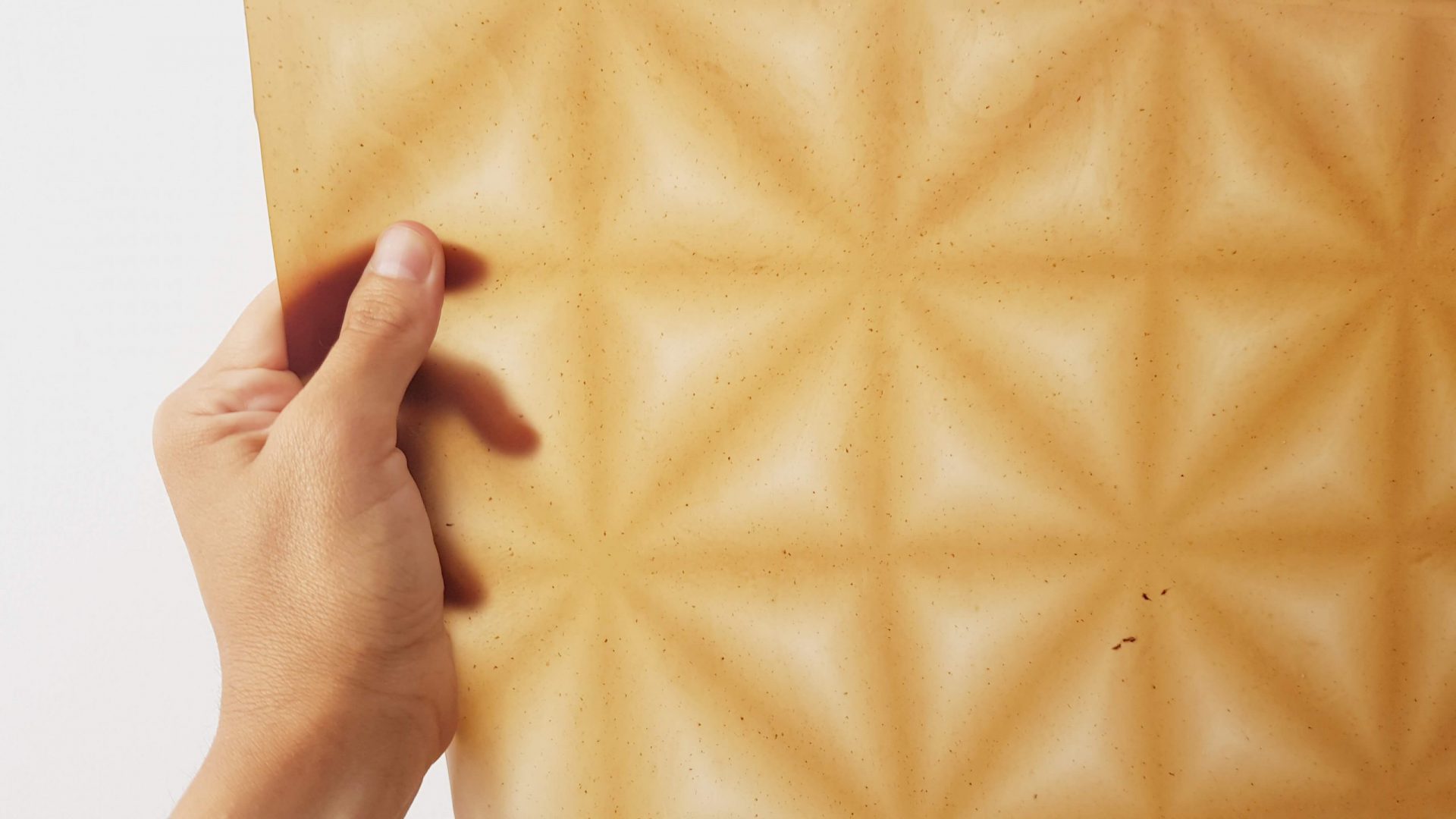 “WastEnders” presents materials made from rice, coffee and plants at Milan Design Week

Our pick of the most innovative materials at Milan Design Week’s “WastEnders” exhibition developed by designers and architects including high-tech materials, bio-materials and materials from waste. […] 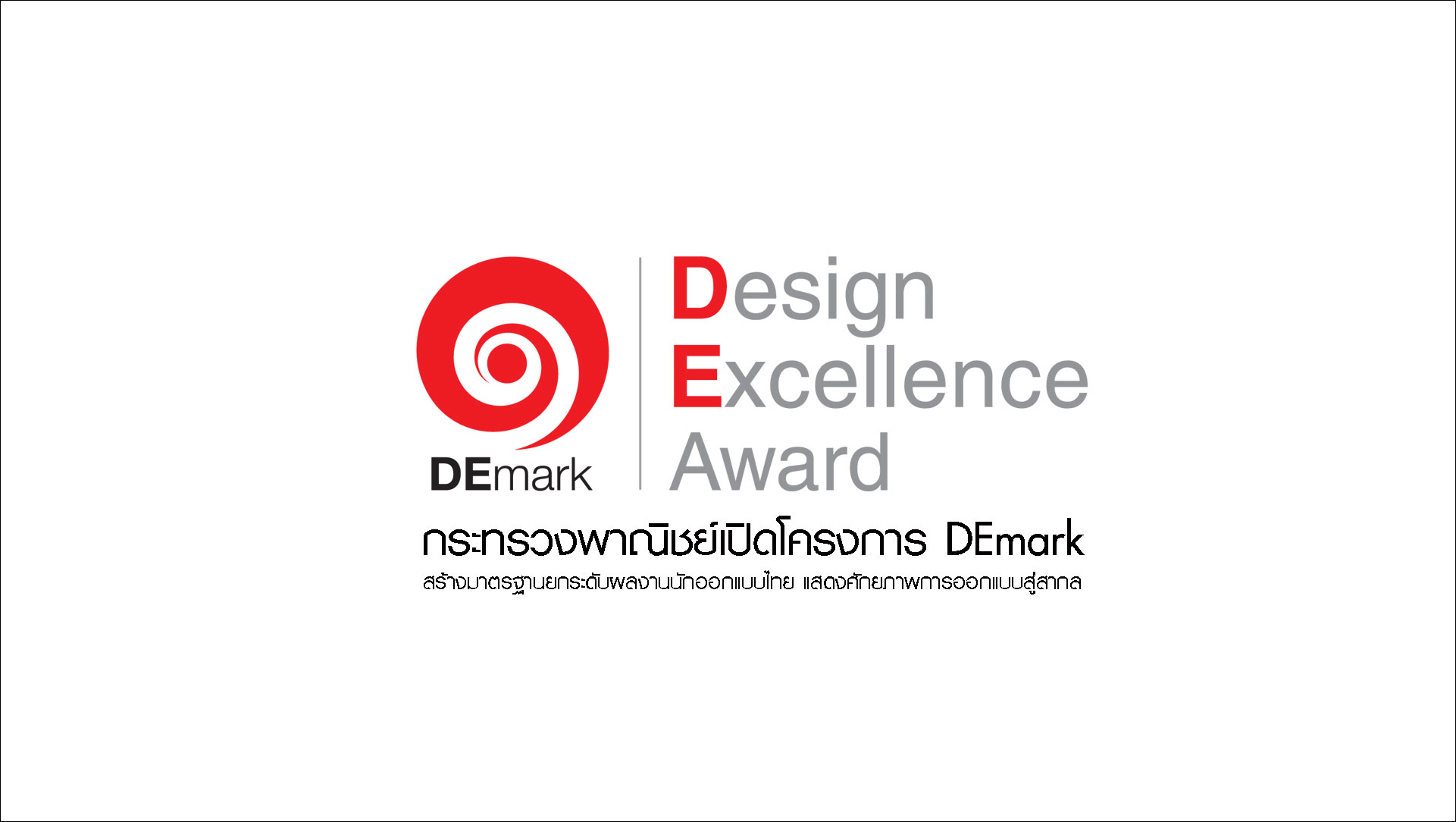 Established in 2008, the annual Design Excellence Award (DEmark) gives recognition to outstanding product designs amongst Thai creatives across the country. Since 2008, the Department of […] 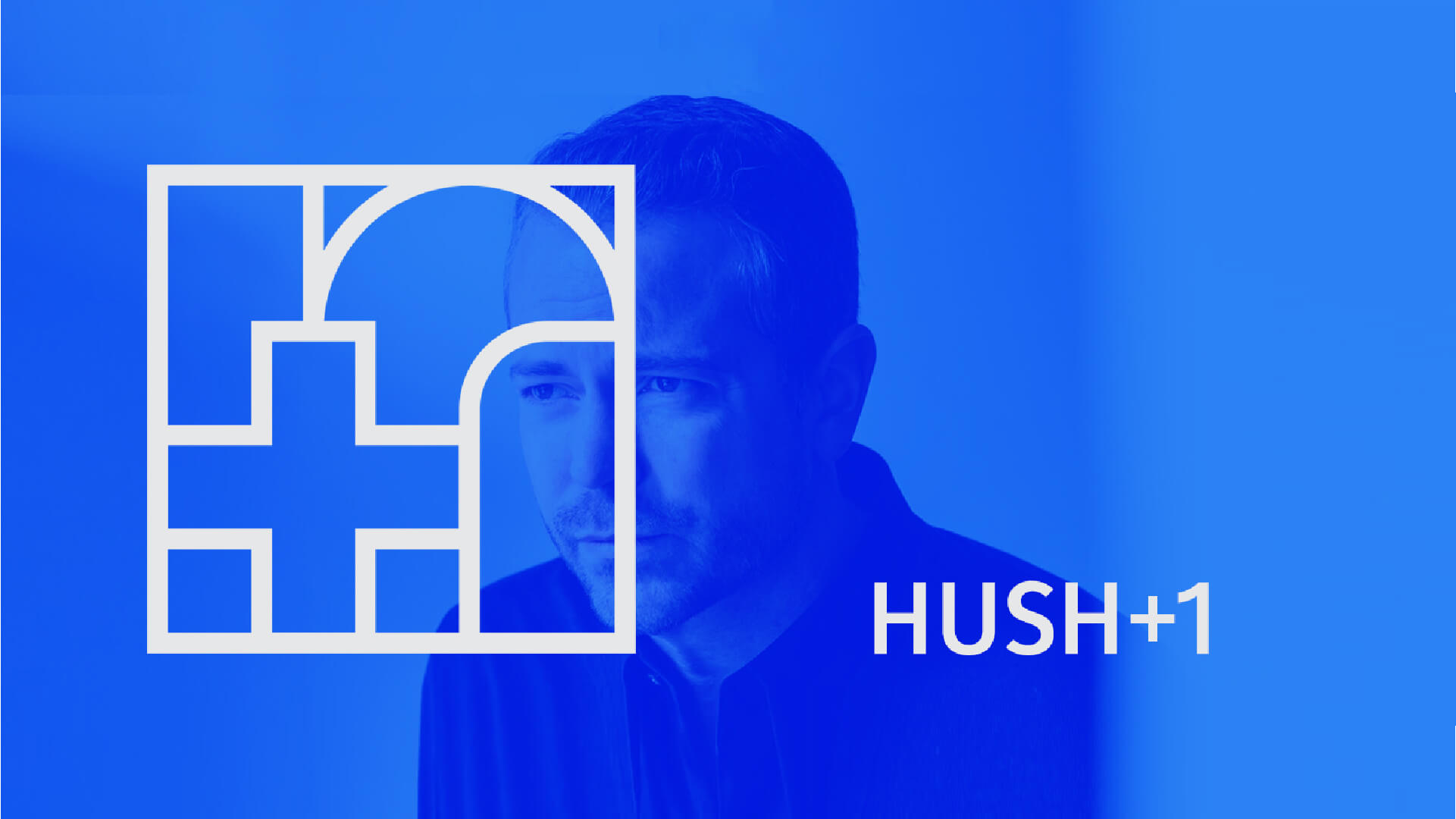