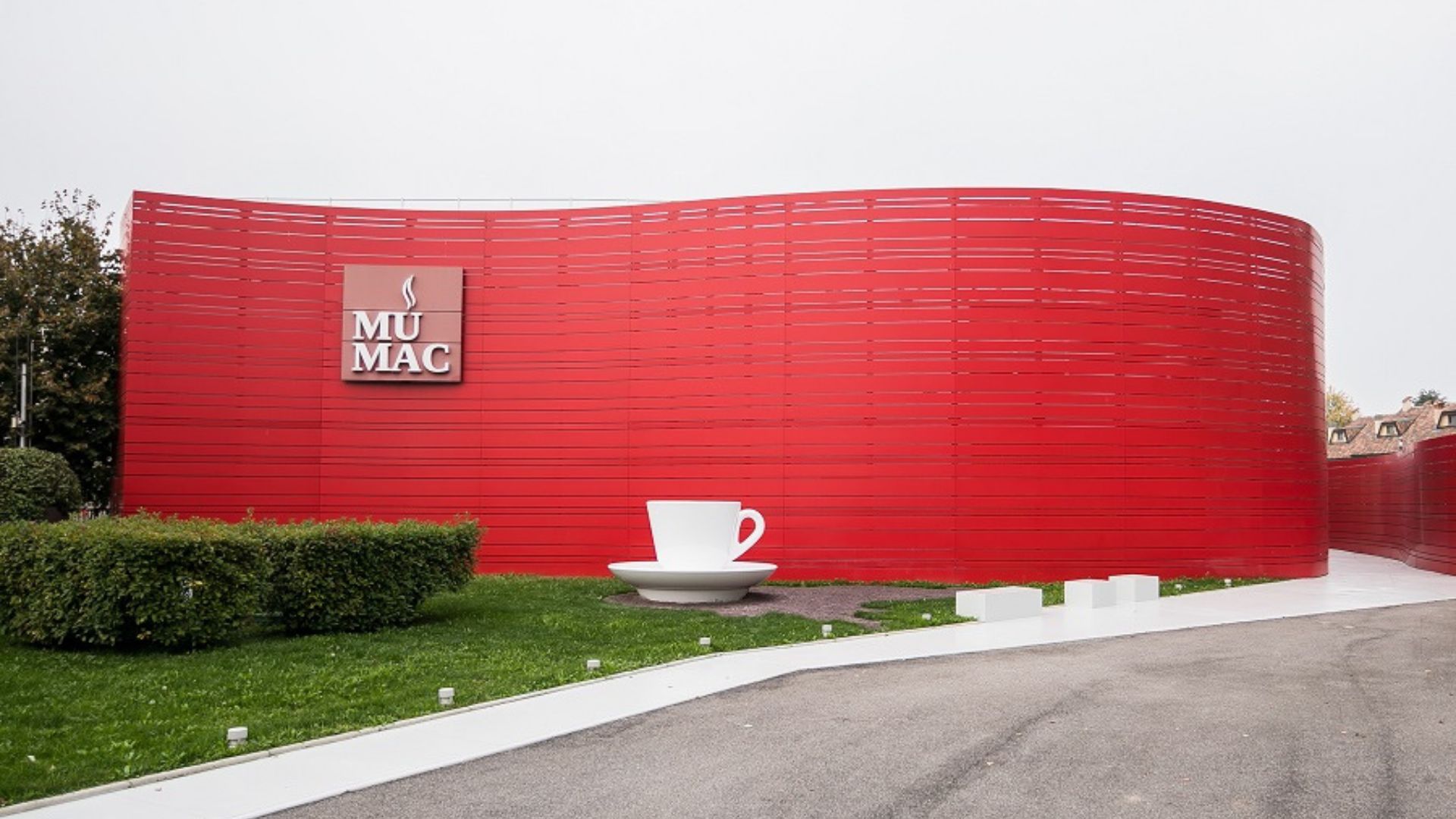 Creative Strategist. Passionate for design, sustainability and travelling. I enjoy researching and writing about up and coming designers, as well as design projects from around the world.

Celebrating its 10th anniversary this year and with a recent restyling, the MUMAC, located in Milan, keeps on growing and connecting with the coffee culture community in every way.

Being the first and largest permanent exhibition completely dedicated to the history, culture and world of professional espresso machines, the MUMAC, Gruppo Cimbali’s Coffee Machine Museum, is a unique museum that chronicles more than 120 years of history beyond that of the company brands (La Cimbali and FAEMA), as well as showcasing a whole ‘Made in Italy’ sector.

Embodying a wealth of knowledge in an unparalleled storytelling venue, the MUMAC was proudly part of the MuseoCity event in Milan earlier this year, welcoming professionals, enthusiasts and everyone who enjoys coffee.

[ see our Guide to the 10 best design museums in Milan, made in collaboration with MuseoCity ]

DesignWanted got the opportunity to do an exclusive interview with Barbara Foglia, MUMAC Manager, who has been responsible for the museum’s active participation in transversal activities: events, presentations, collaborations, temporary exhibitions, roundtables, educational activities, and much more.

In this interview, Barbara Foglia talks about MUMAC’s role with society, the evolution the museum has had as a representative of coffee culture, and the restyling of the exhibition space as well as the many activities and collaborations that are key for MUMAC to keep on adding value in the cultural domain.

What role does MUMAC play within the Cimbali Group? What purpose does it have and to whom is it addressed?

“The main purpose of the museum, created in 2012, was initially both celebratory (to celebrate the centenary of the Cimbali Group company) and narrative (of an entire sector of Made in Italy).

MUMAC, which this year turns ten, was born with the aim of spreading the coffee culture and knowledge not only of historical machines, but also of contemporary ones with dedicated spaces and knowledge sharing thanks to MUMAC Library and the historical archive. In addition, the museum hosts the MUMAC Academy which spreads culture through training to share knowledge, uses, technicalities, tastings and skills.

More than 120 years of history and the evolution of an entire Made in Italy sector are narrated here, not only from a technological point of view, but also from the design and style of the products and customs related to the consumption of the drink.

In addition to the machines on display, MUMAC is equipped with other 250 pieces available for rotation within the museum or worldwide loans, a book collection with about 1,300 thematic volumes and an archive with tens of thousands of documents including photos, patents, letters, catalogs, useful for reconstructing the history of the espresso coffee machine.

With a view to integrate with the reference territory, MUMAC collaborates with local institutions and realities, in order to become a center of excellence for the local, provincial, regional, national and international community.

We produce original cultural contents such as exhibitions, round tables and popular volumes (including the book SENSO ESPRESSO. Coffee. Style. Emotions), we organize educational initiatives dedicated to schools, universities and families and, through MUMAC Academy, we offer courses aimed at professionals in the sector and to coffee lovers.

Finally, the availability of a large space adjacent to MUMAC, Hangar 100, has allowed us to organize temporary exhibitions and immersive experiences in our world over time: thematic and photographic exhibitions, multi-sensory installations.

In short, in these ten years we have tried to make the museum “alive” with contents that could act as attractors for different audiences. And we look forward to doing it again for those to come!”

At MUMAC, the story of coffee machines is told, giving space to other brands as well. Where does this choice come from?

The museum, therefore, not only exhibits the machines of the main brands of the group, La Cimbali and Faema in the first place, but all the brands that have represented its milestones. We can define MUMAC “THE” museum of the coffee machine per excellence, unique of its kind, result of the meeting of two passions and two collections: that of the Cimbali family and that of Enrico Maltoni, the most important collector of coffee machines, professional espresso. The union of the two collections has truly originated something unique in the world.

We know that you have made a restyling of the museum. What aspects have been revisited and what guiding criteria have guided you, considering that you have celebrated your first 10 years and accumulated various experiences with the public?

“The Decennial of MUMAC is at the same time a point of arrival and goal, but also a new starting point towards a future that begins with the restyling of the museum. Our review dictated the need for the narrative to be updated in respect of the original structure of truly great impact created by Valerio Cometti and Paolo Balzanelli in 2012.

We analyzed the exhibition spaces, of objects on display, but above all of a concept based on design for all, on responsibility and on interaction. The restyling was made with attention to detail that would make the museum more inclusive and usable, opening the possibility of reading it on multiple levels of in-depth analysis, meeting the need to exhibit new machines.

Besides this, the restyling helps widespread a sense of community with the territory and with internal stakeholders and externals who contributed to its renewal, the participation of multiple actors and company functions in the project, the great attention to design, sustainability, and details, finding in Antonella Andriani and Ambrogio Rossari two high-level partners.

In each room, some new element has renewed the exhibition time path that ends in the heart of the museum, in a room with a completely new concept studied by the designers together with me, which I really leave to your curiosity and pleasure of discovering. In this room, machines are not exhibited in a temporal sense, but as thematic islands expressing values of innovation and future vision, surrounded by images from the Hubble and Webb telescopes, combined with a fundamental respect for heritage.”

MUMAC does not live alone, but is a reality inserted within a network of corporate bodies and museums. What relationships bind you? What is the advantage of collaborating with realities similar to yours, for the museum and for the public?

“Since 2013, all the levers that a business museum can activate have been activated: from workshops for all school orders, to workshops for masters and universities, from national and international loans (Triennale, ADI Design Museum, Museu do Cafè di Santos in Brazil, Musée des Arts Decoratives of the Louvre, Deutsches Museum of Munich, Cube Design Museum in Kerkrade in Holland, Korea Foundation in Seoul …) to loans for film productions (one above all, the Genial Friend series).

Besides this, we have created a library recognized in SBN and now the creation of a historical archive that is about to be made digitally available online shortly. Also, we’ve had collaborations with other institutions and museums, on-site and online events and initiatives, to wide-ranging projects such as exhibitions and off-shore collaborations range, from editorial projects (one for all, the book SENSO ESPRESSO. Coffee. Style. Emotions) to the relationships that made them possible.

I am particularly pleased to focus on one of the most satisfying aspects: relationships. The interactions undertaken over the years with institutions, associations, companies, and reference territories such as MuseoCity and Museimpresa have brought added value not only for the museum, but also for the company and the brands, ensuring that the museum communicates its heritage (always with an eye to the future) through initiatives, events, and collaborations, also taken up by national and international media.”

The collaborations with other business museums, the active participation in transversal initiatives and the support to projects of Museimpresa, of ICOM Italia, of MuseoCity, of ADI, of the FAI-Fondo Ambiente Italiano, have given substance to the communication of MUMAC, allowing a continuous osmosis between the contribution of ideas and skills on one hand.

On the other hand, these collaborations have allowed a professional growth based on mutual and constructive learning for the realization of joint projects, dedicated to increasingly heterogeneous targets, which are at the same time more sustainable.” 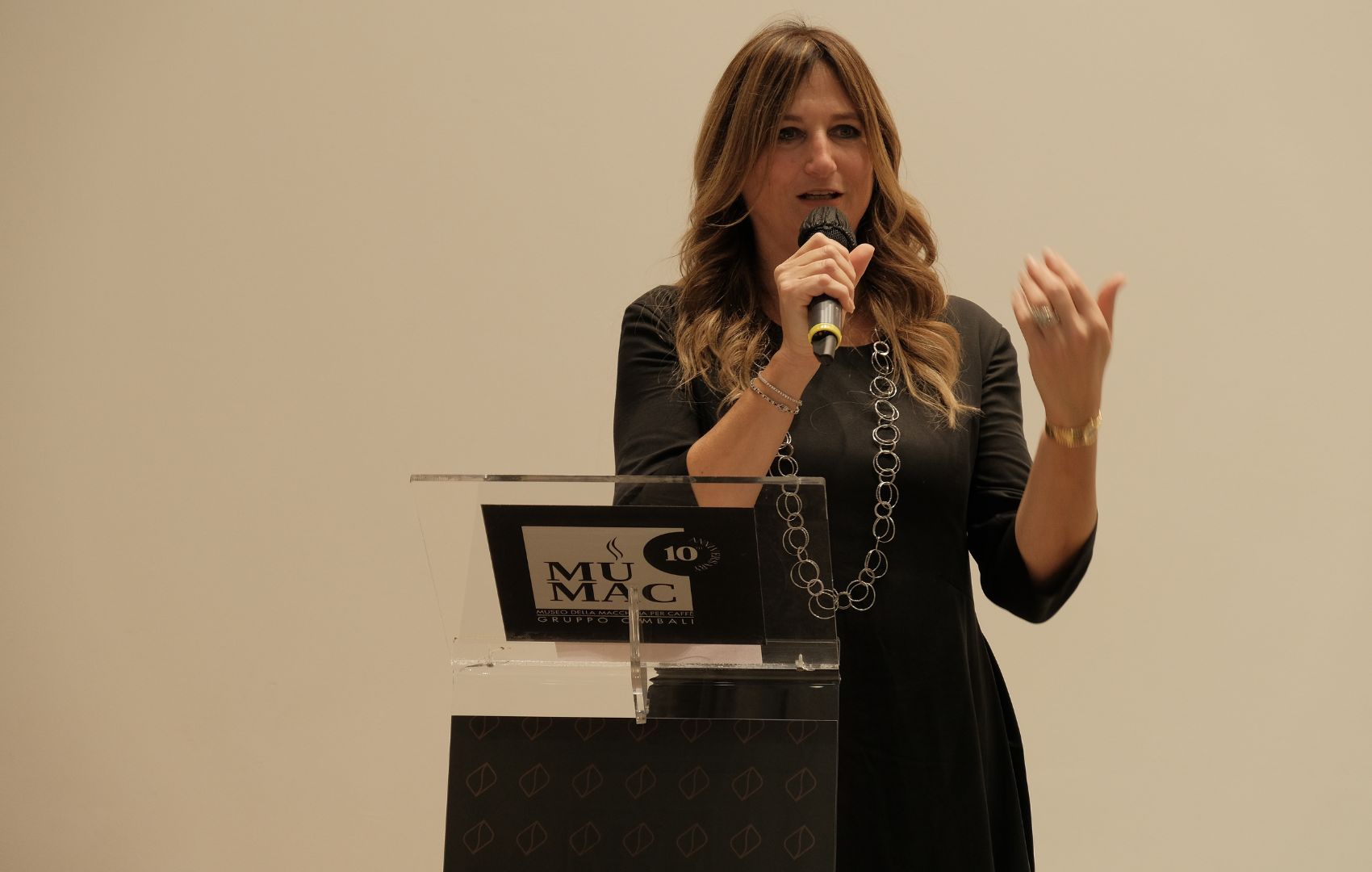 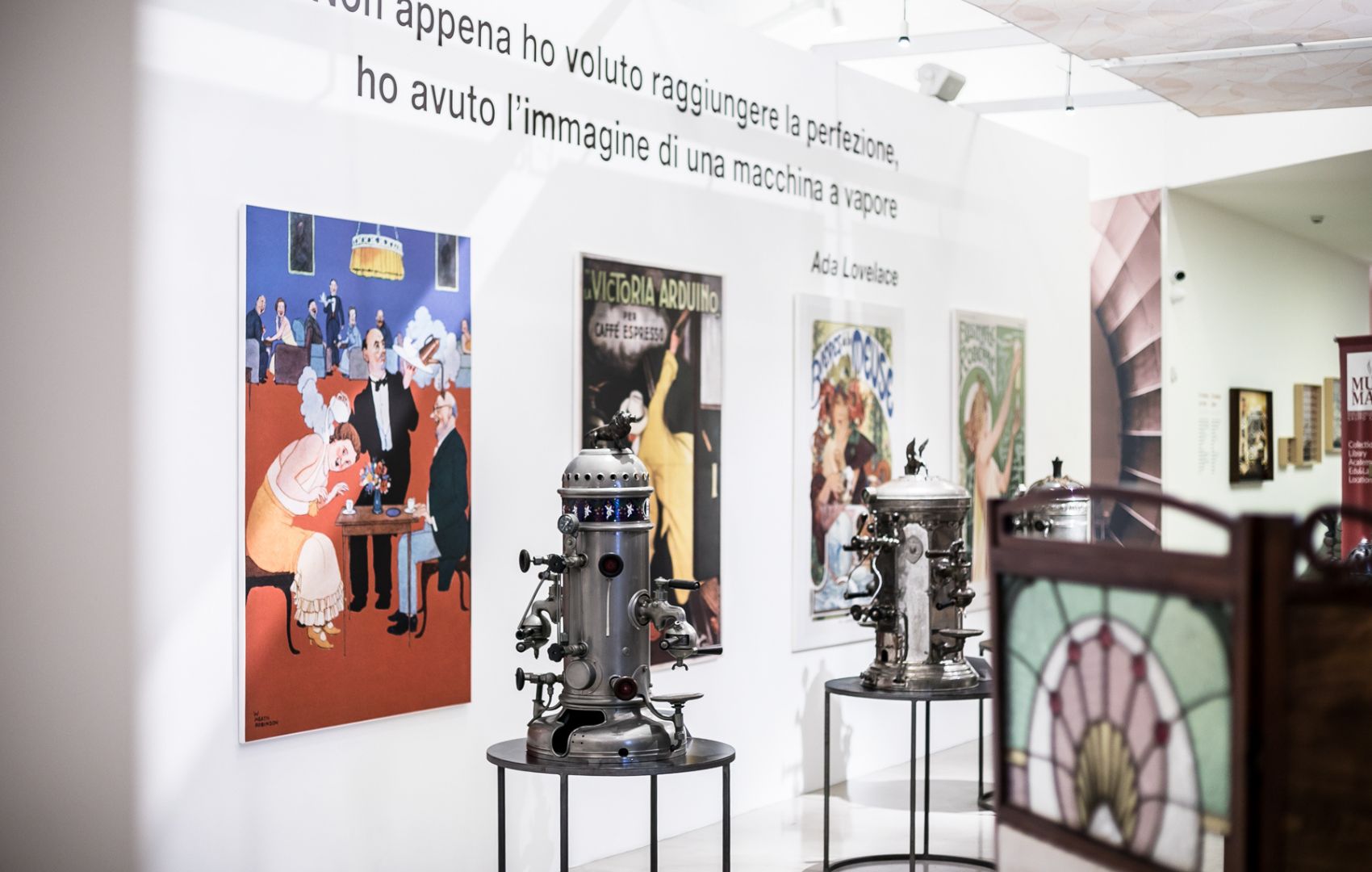 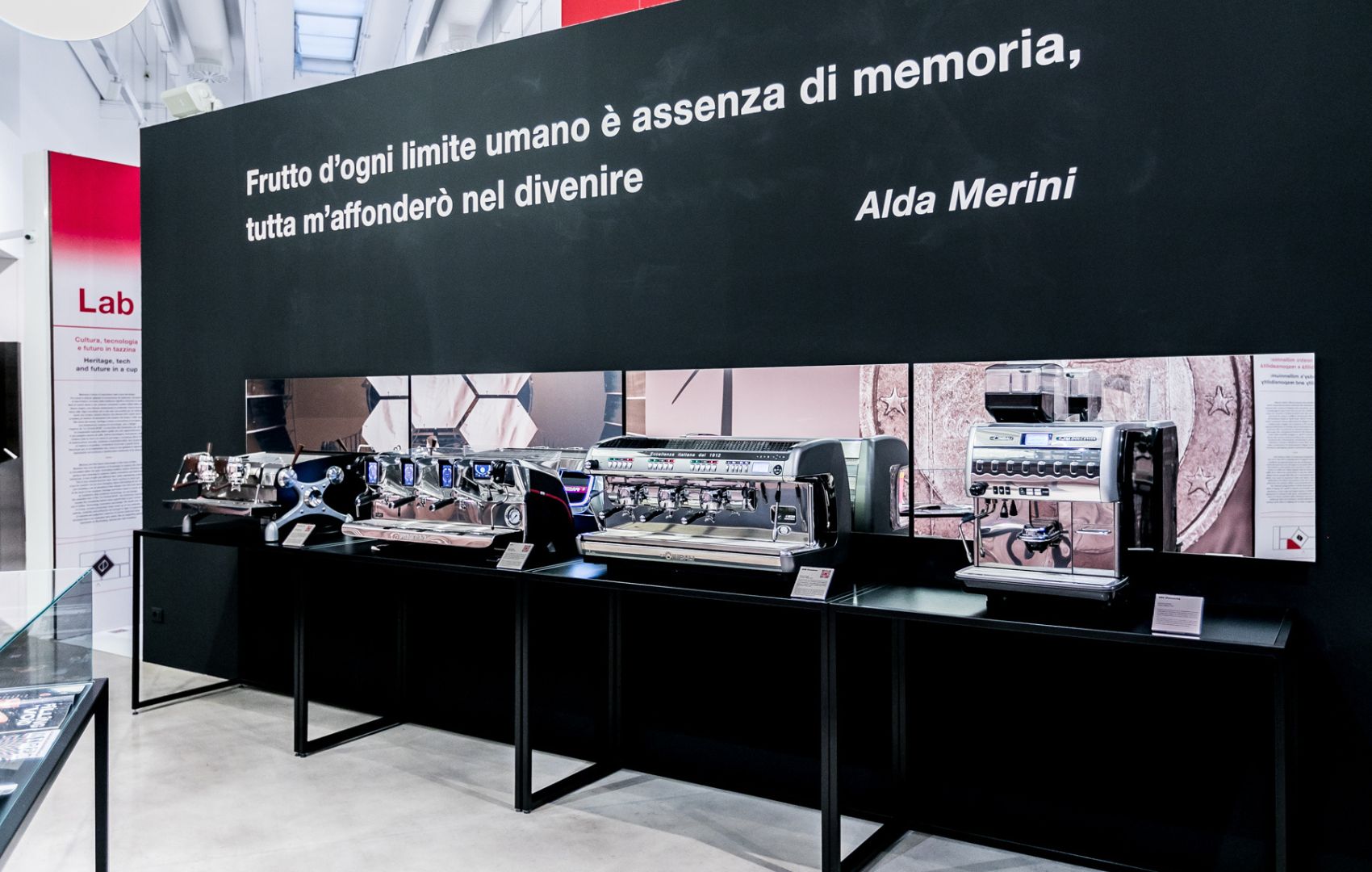 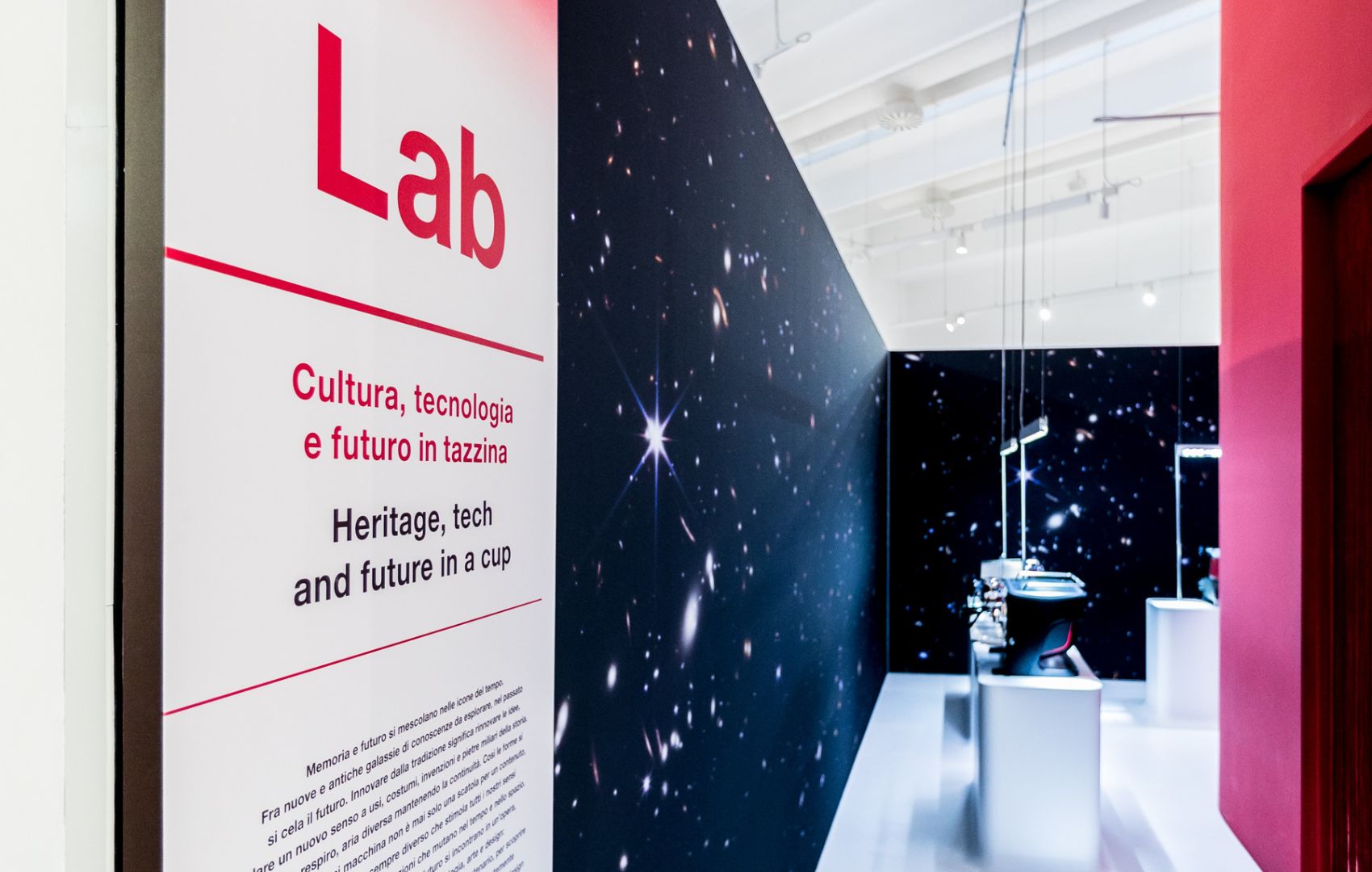 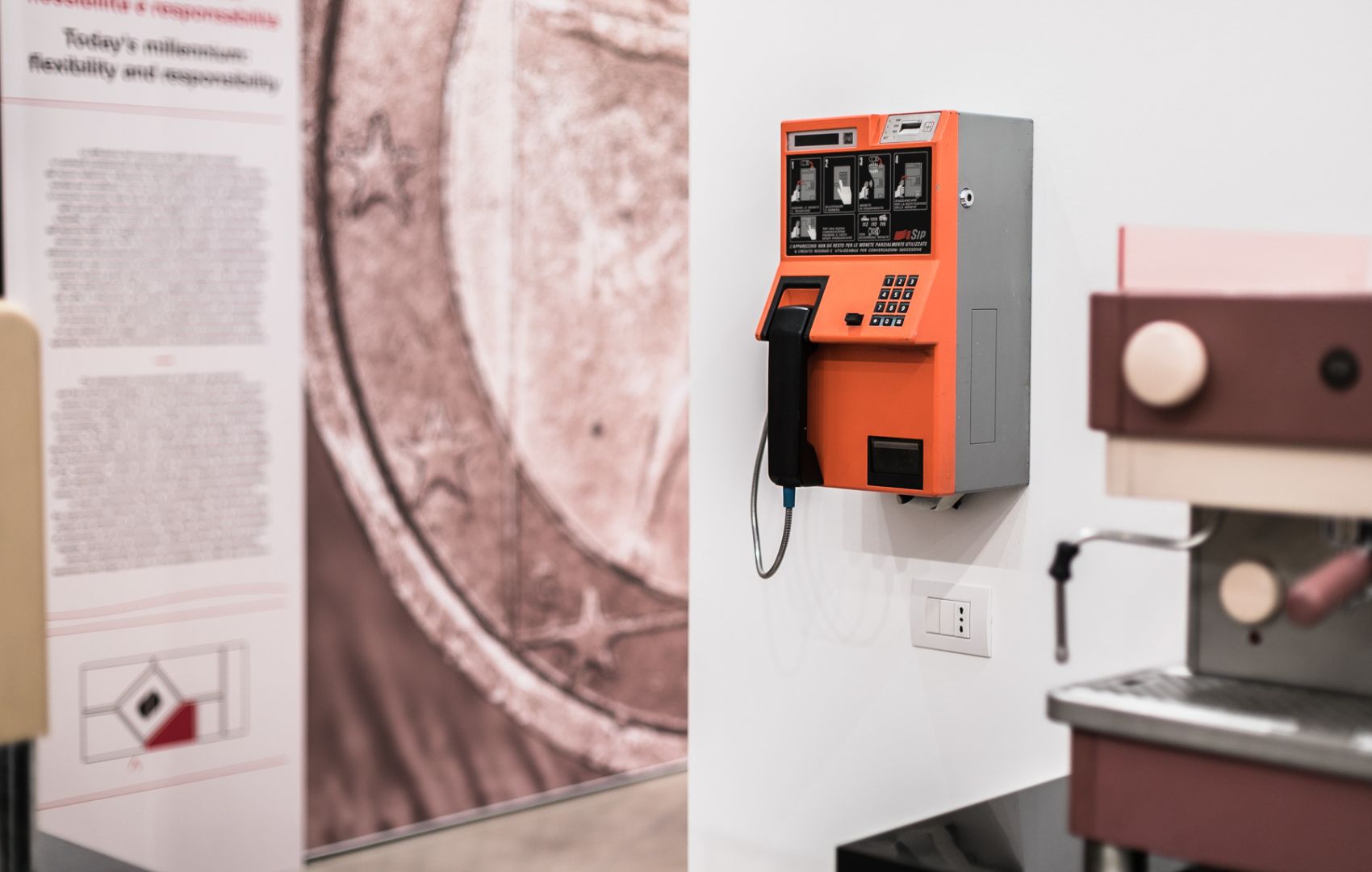 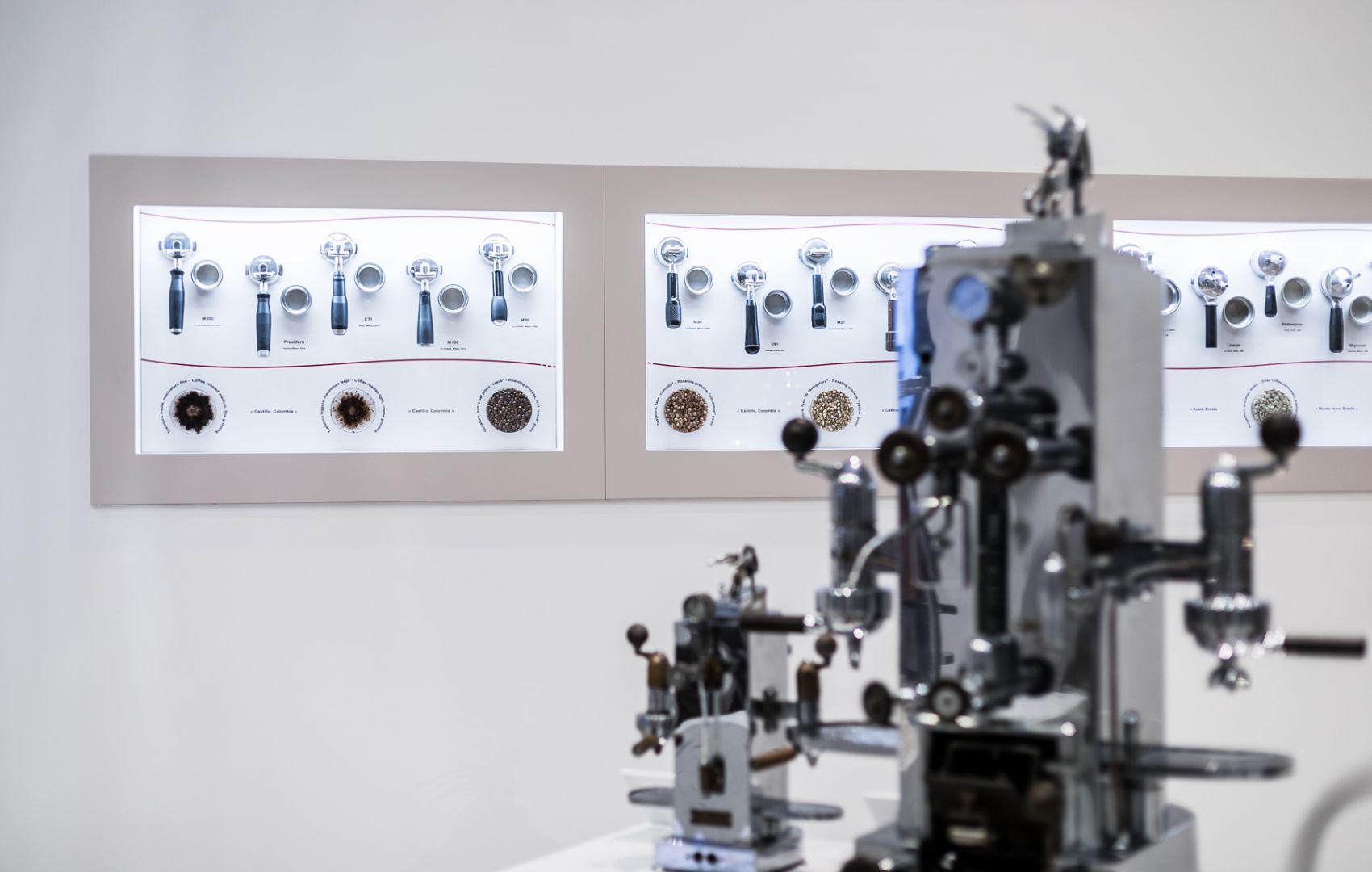 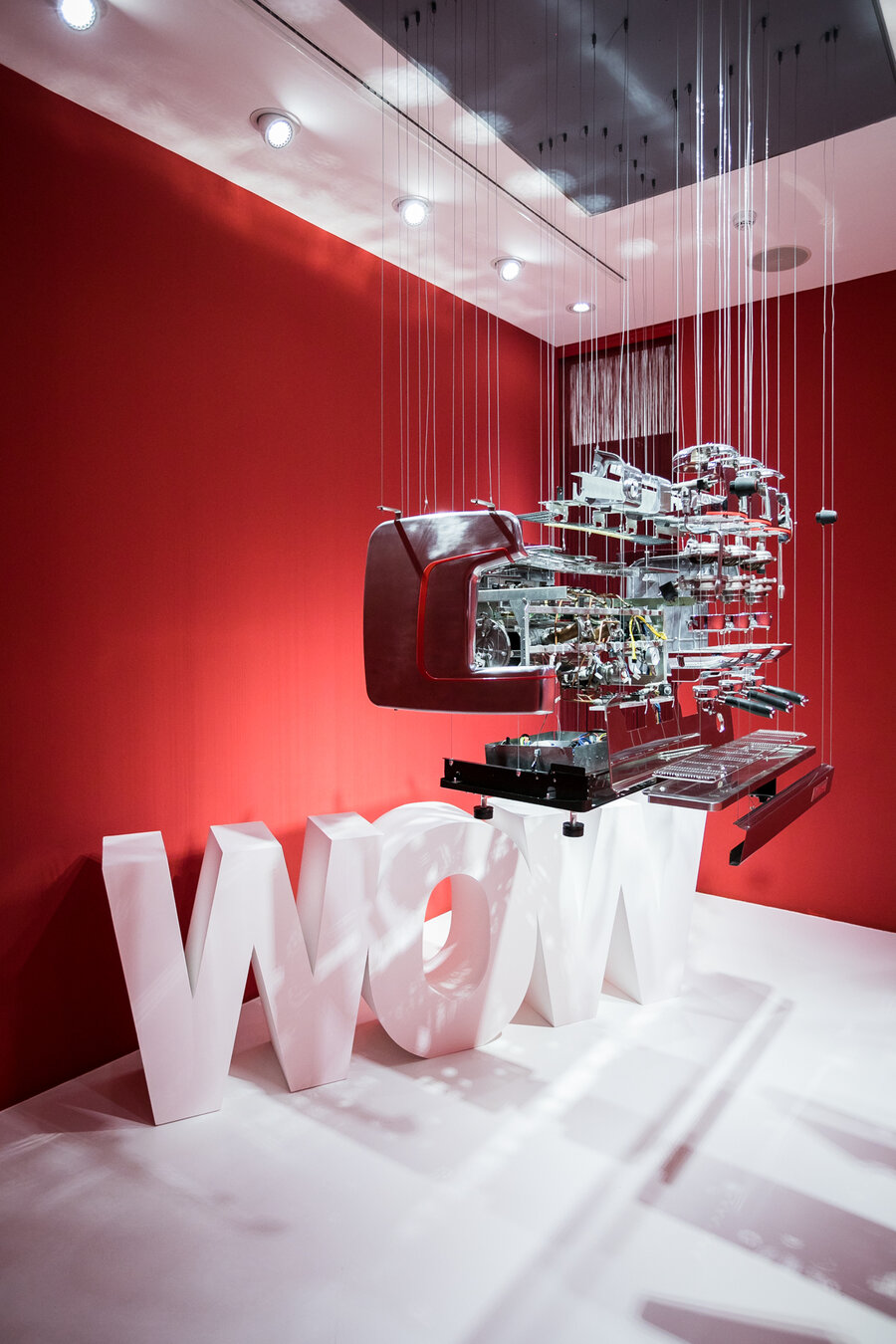 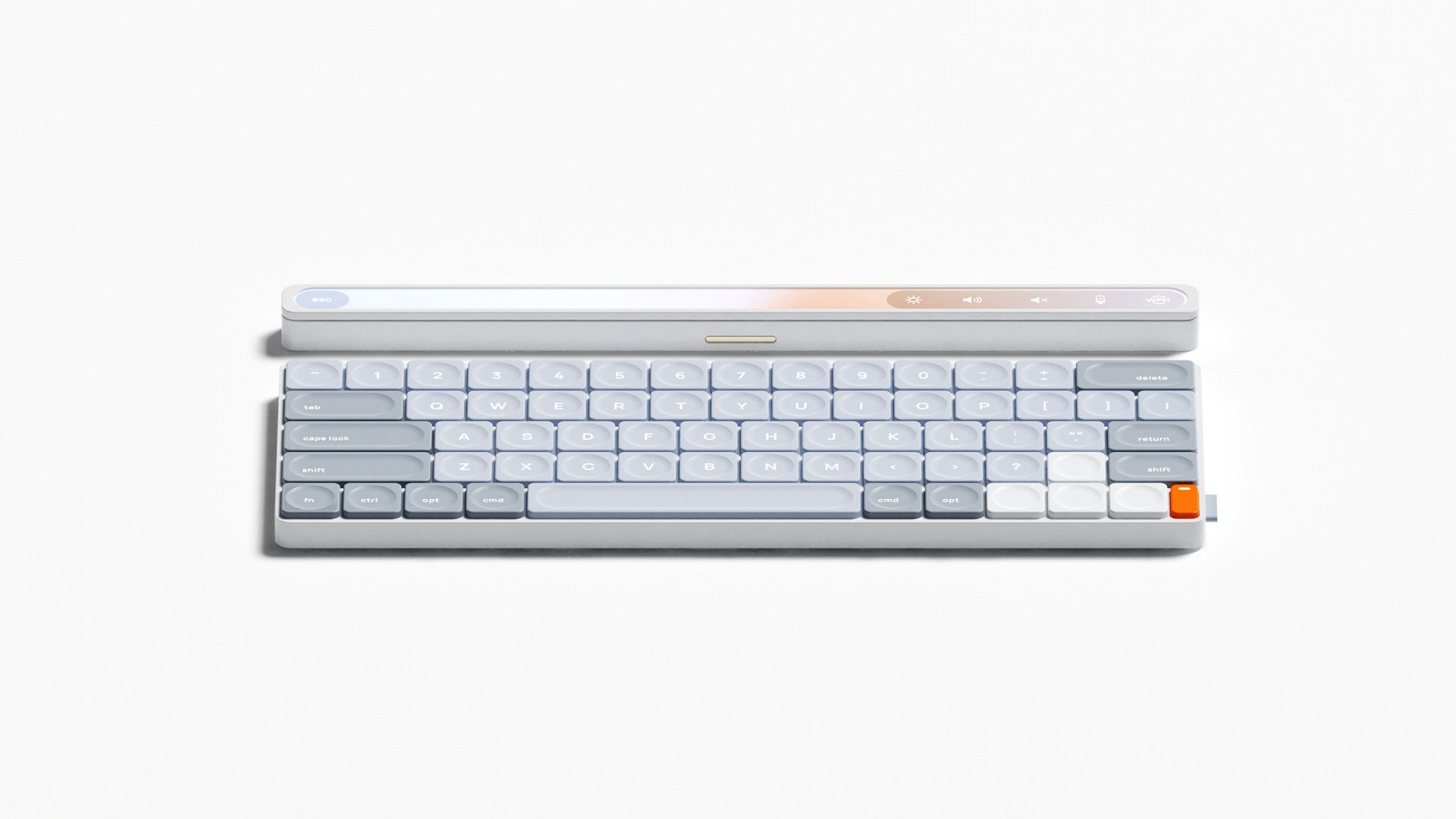 This eclectic device can be your new favorite WFH companion

Designed by co-founder of Acollective, Victoria Chiang – WFH Keyboard is an extraordinary compact solution for home offices that brings the effortlessness of in-person interactions to […] 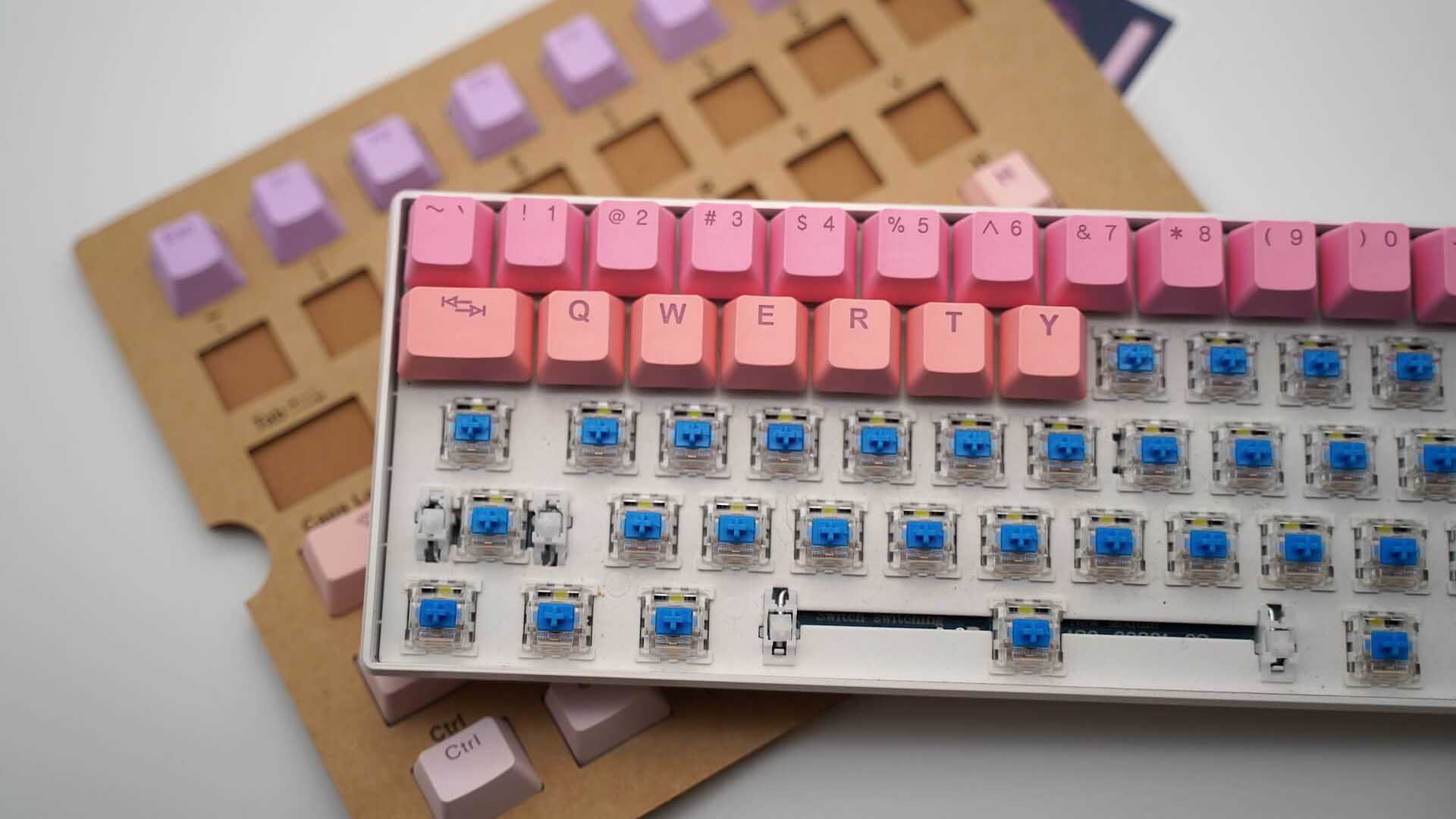 What is going on with mechanical keyboards?

From Melbourne to Manila, mechanical keyboards have replaced garden-variety models all over the world, enhancing the typing experience of millions and seducing users with a cult-like […] 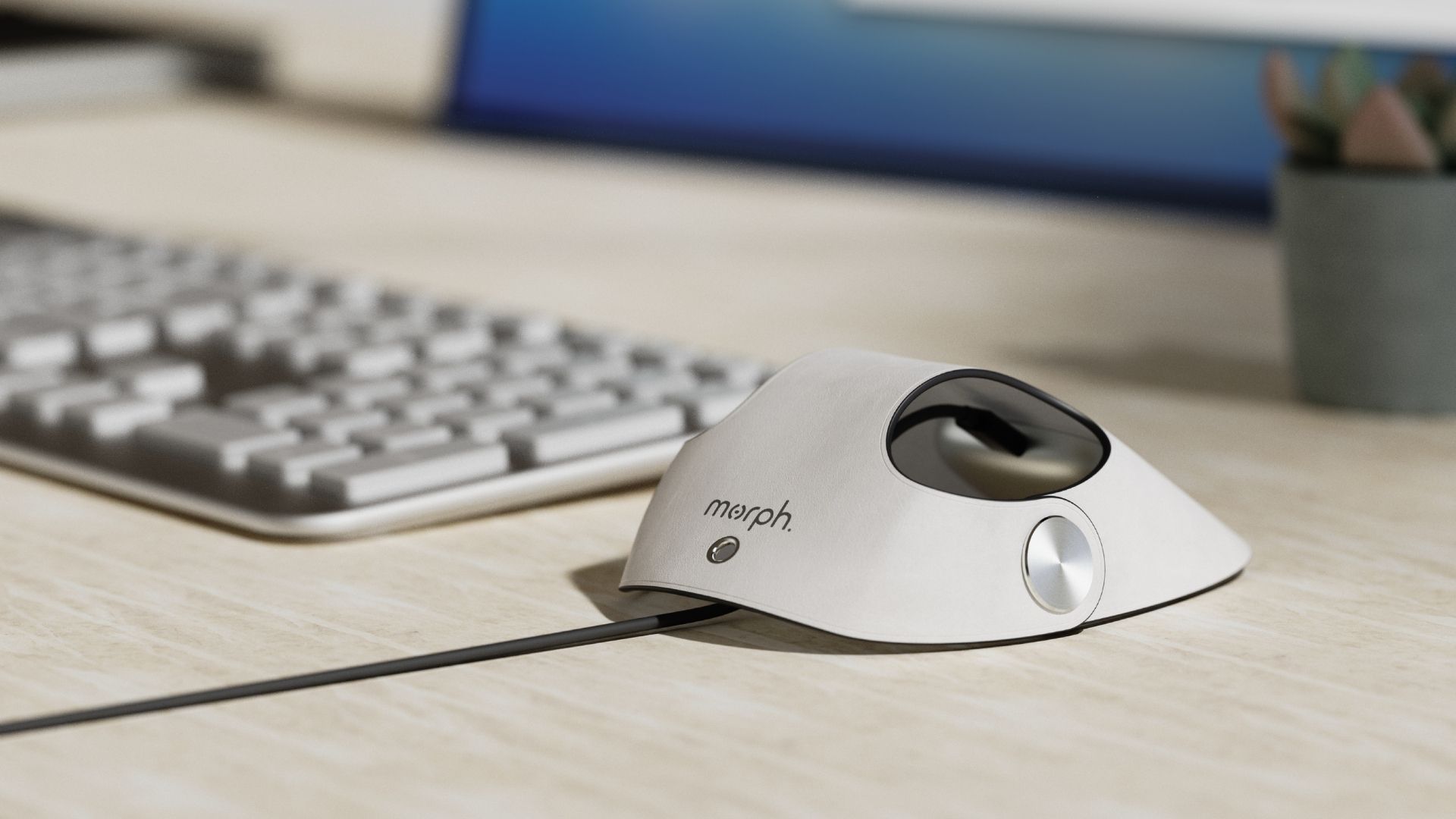 Maximizing comfort with tailored ergonomics with this interactive product