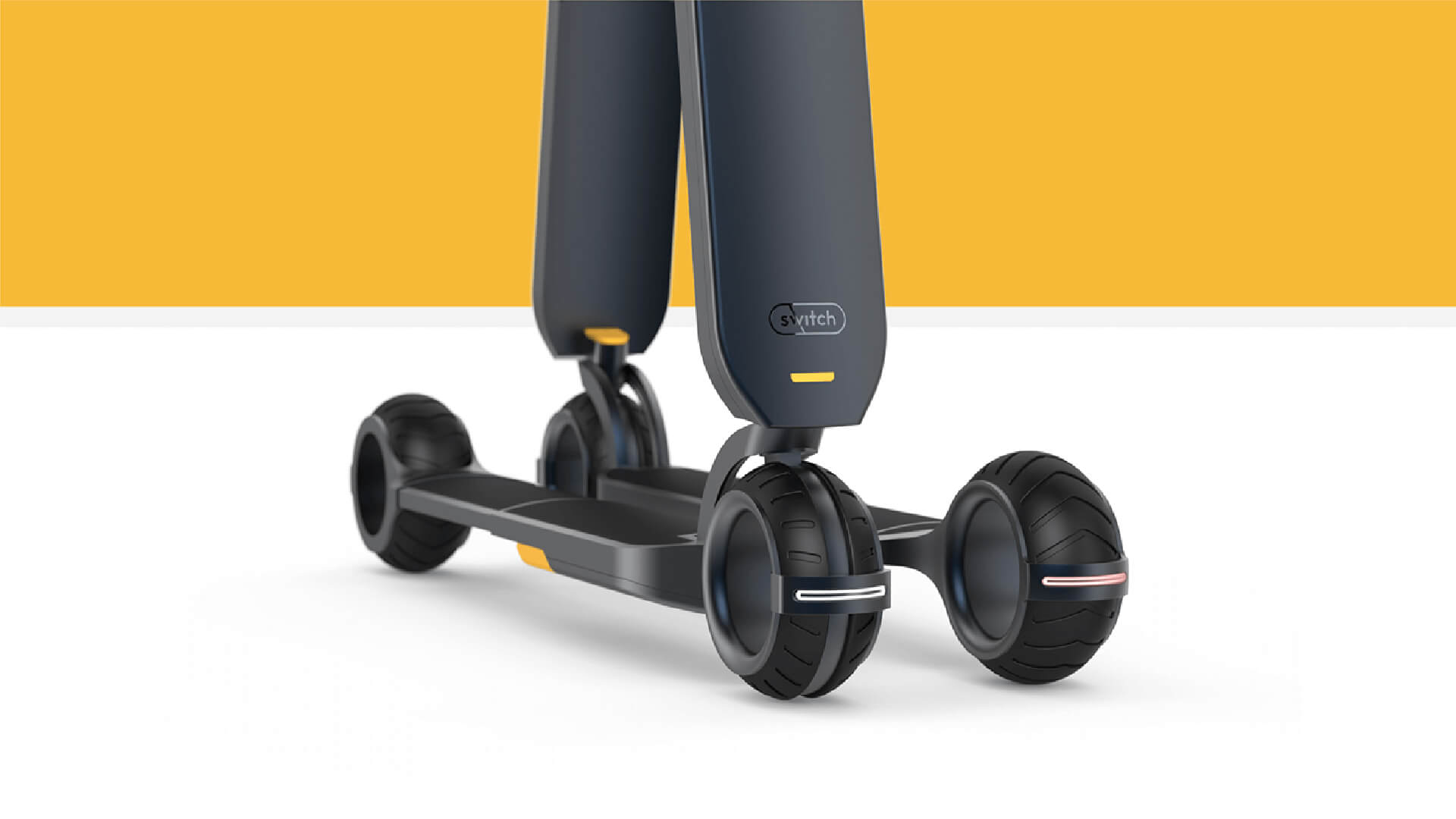 Switch is a simplified electric scooter by Lucid Design, which solves all scooter dilemmas and unfolds at the touch of a button.

Scooters often sound like a great idea. They are promoted as environmentally friendly, and a good, fun alternative to commuting by bicycle. Yet there are still a few things that stop people from taking the leap and buying a scooter.

Why Switch? To create a portable electric scooter which makes city commuting easy

As people consider their transport options, and more people are actively wanting to reduce their contribution to pollution, Switch could emerge as another viable alternative.

The minds behind Switch – Lucid Design

Lucid Design is a multi-disciplinary design company based in Bengaluru India. It was originally founded by Amit Mirchandani in the United States, where he graduated with a BFA in Industrial Design from the California College of the Arts in San Francisco. In 2009, he moved the business to India and grew it locally with an international design team. According to its website, Lucid has been going for 14 years.

The firm works on a range of design projects from branding, to packaging, product design and apps. Clients include Amazon, Intel, Nike and Harman. Amit is committed to contributing to design culture in India, and Lucid boasts an environment which promotes a good work-life balance and a team that is 65% women.

Previously, Lucid designed a kit bike that picked up a Red Dot award in 2014. It consists of a minimal aluminum frame of 21 easy to assembled parts. It also packs away neatly into a round bag for hassle-free transportation on foot or for travel on connecting journeys.

If you are interested in more urban mobility design, don’t miss A scooter that runs on air? Poimo is portable and inflatable

Materials and techniques – A simplified and smart foldable electric scooter

There are many scooters that claim to be foldable. Switch outdoes them all. With telescoping parts on the front stem and the deck, it reduces to a small, compact form.

Controls for acceleration and braking have been integrated into the handlebars. These are now simple and direct. Just squeeze one button to start and another to stop.

A screen on the handlebars also provides helpful information to the rider. When folded it shows the time and battery charge level. When unfolded it is a navigation screen that displays travel speed and will guide you to your destination. Navigation works by connecting to a phone app, and also provides an estimated arrival time.

A nifty fingerprint recognition sensor has been included below the handlebars, for security and convenience. Switch unlocks and unfolds itself with a single touch.

Battery charging stations have been included as part of the Switch design concept. Placed around a city, riders could easily swap out an empty battery for a new fully charged battery, as required.

Switch is a scooter that has been reduced to a minimal and efficient form. In neutral grey with just a few touches of yellow, it is understated and will appeal to a wide range of people.

The open-wheel design, telescoping front stem and soft outer curves give it a sleek appearance. The foldable design looks stylish even when closed down, with the back wheel tucking neatly into a rounded space under the handlebars.

Easy to carry on your back

Switch is also ready to accommodate multi-modal commutes. It is not always possible to use a scooter for a complete journey. A handy backpack attachment has been created so that it is easy to carry when jumping on the train or bus.

Design memento – Look at what does not work with current designs

The designers identified three key issues with the typical electric scooter. Then set out to solve them all with Switch.

They noticed that scooters are often difficult and unwieldy to carry around. Because of this, they can also ‘litter the streets’. Or, at least cause riders to have a hard time knowing where to leave their scooter once they arrive at their destination. Lastly, the designers point to ‘range anxiety’. This is the fear that a rider won’t have enough power to get where they are going, or safely return home.

These are all reasons that might prevent someone from buying a scooter or using it more often.

This looks like a great little scooter concept. However, for a compact small personal mobility solution, I am wary that it relies on also rolling out a network of infrastructure city-wide. This could be a significant hurdle to uptake, and limit who can access it. Hopefully, throwing an extra fully charged battery in your backpack would still be an option.

If you want to know more about other urban mobility solutions, check 7 ½ electric bicycles to turn you into a daily rider 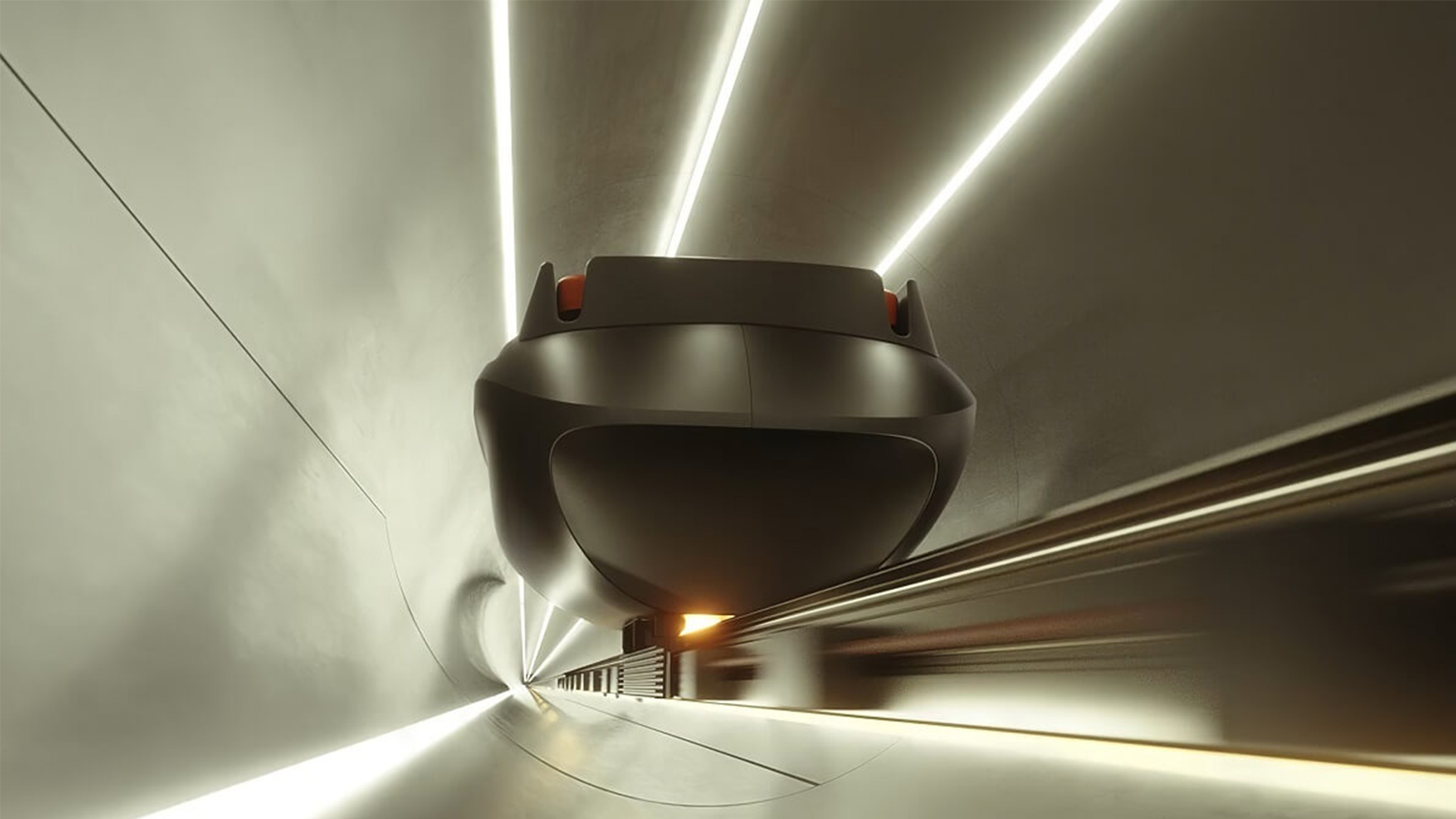 Magway, a UK based engineering start-up enterprise has raised over £1.5 Milion to initiate a revolution in transportation. Magway is preparing to build a network of […] 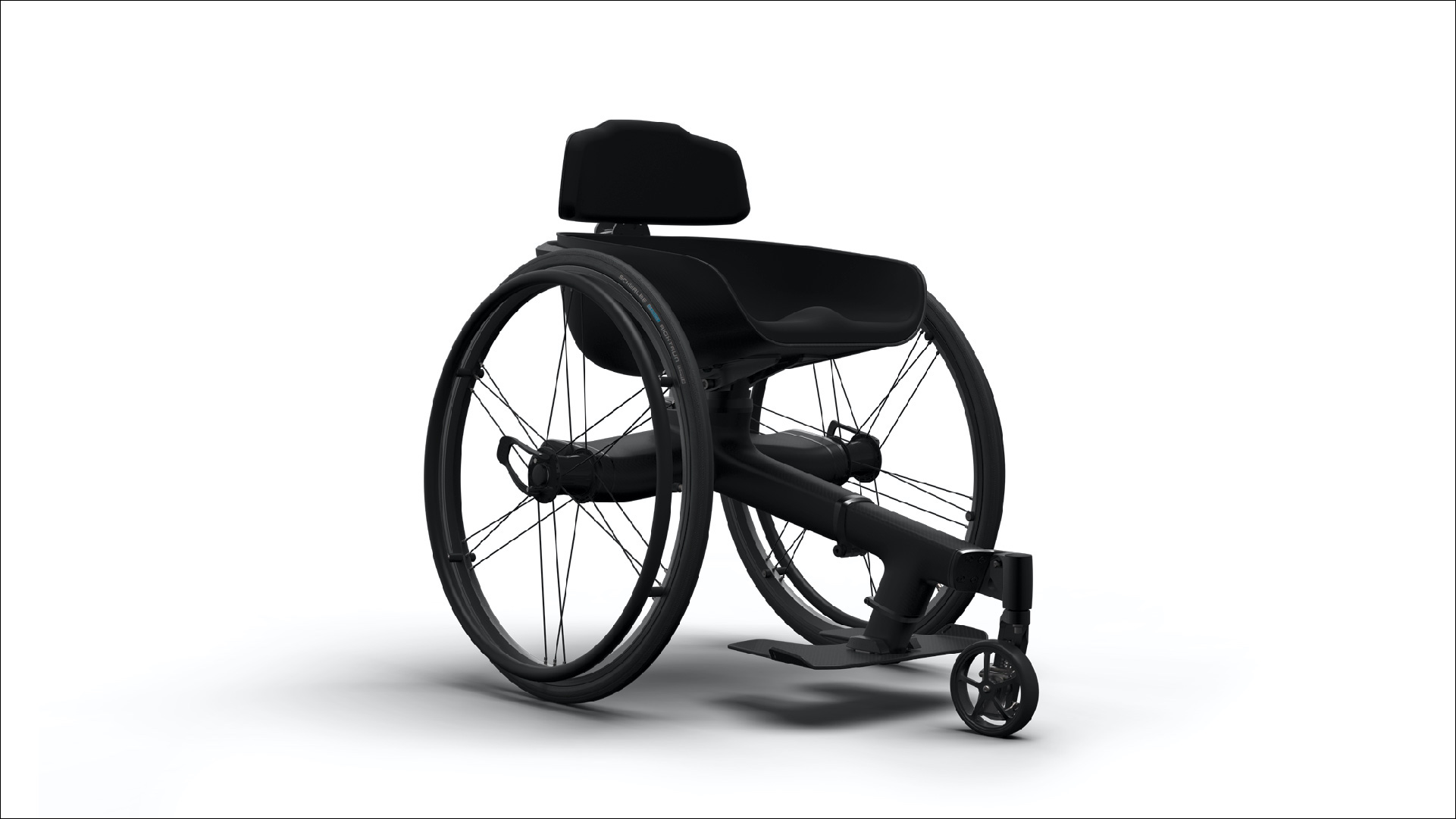